After the “Fixer Upper” couple announced their plans to open a coffee shop in Waco, Texas, Joanna is now giving updates on the progress of the building.

41-year-old Joanna released a behind-the-scenes video on Thursday, in which she and her youngest son, 1-year-old Crew, gave viewers a sneak peek of Magnolia Press’s progress.

While the coffee shop is still heavily under construction in the video, Joanna gushed that she “can’t wait for the whole place to come to life.”

Joanna also revealed that the renovations are expected to wrap up by October or November, although October is the ideal goal.

Not long to go, Joanna talked about her entire family’s excitement for the opening.

“Ella [the Gaines’ 11-year-old daughter] keeps asking me if she can get a job there because she’s always wanted to work in a coffee shop. So the kids are excited about it, Chip and I are excited, and it’s fun to finally see some real progress happening,” Joanna said. 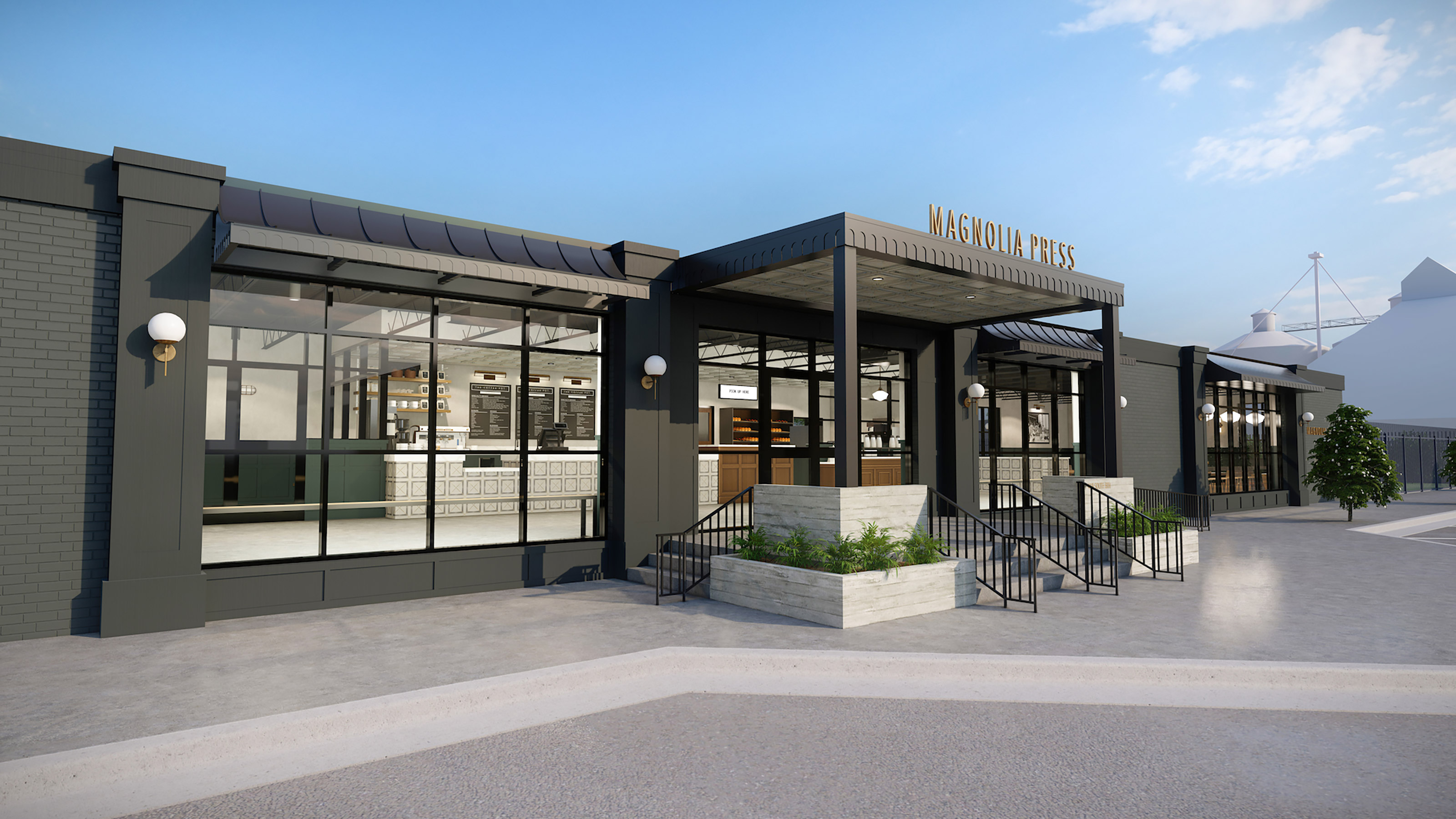 As Joanna enters the open space, where the front windows had already been completed, she shared with viewers her vision for what the completed area is going to look like.

“The feeling in the coffee shop, I really wanted it to just feel cozy, kind of a blend of that library feeling but a little bit of industrial. Originally this was an industrial vibe, so we wanted to keep that with the elements you can see on the ceiling, and in some of the light fixtures,” Joanna described.

She added, “There will be a lot of brass accents, copper accents. The exterior green, we’re going to pull in on the interior, so there will be this really beautiful rich green on the walls and to balance out that richness in color we have gray plastered walls and this kind of rough, gray concrete and really pretty walnut cabinetry throughout.”

The video also gave a quick peek at an add-on room to Magnolia Press.
“That’s gonna be something really fun. I’m gonna give you a hint: furniture,” she teased.

The news was first reported in February by the Waco Tribune-Herald, which noted that the coffee shop will feature a full-service coffee bar, fresh-baked pastries and an assortment of teas, plus a to-go window, as well as both indoor and outdoor seating.

The shop will be located at 418 S. Eighth Street, which is a block away from the couples’ Magnolia Market at the Silos. The coffee shop will be in a building that was formerly where the CrossFit Waco was located.

Joanna explained her decision to open the shop with her 44-year-old husband Chip, saying “Coffee has a way of grounding me — that morning cup is a simple reminder to celebrate the new day, and then there’s the occasional afternoon cup that serves as a pick-me-up and gives me something to look forward to.”

“One of my favorite things to do on a quiet weekend is to grab a cup of coffee-to-go with my girls and shop around all the local boutiques. There’s just something about holding that cup of coffee that slows me down and makes the moments feel richer,” Joanna continued.

The upcoming shop will join the ranks of their growing food empire, which includes places such as Magnolia Table – which is Chip’s dream brunch spot; and Silos Baking Co. – a business which puts an emphasis on Joanna’s passion for baking.