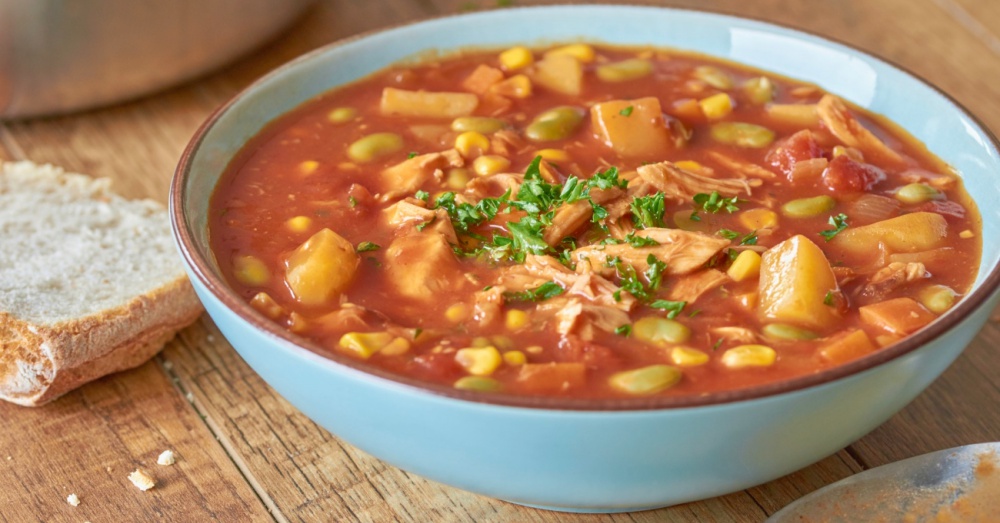 This has become a staple in our household…we had it last week!

Lighten your dinner prep during the week by cooking up this tasty Brunswick stew over the weekend! That way, when your family’s hunger calls after a long day, you’re already covered. A traditional Brunswick stew calls for rabbit… but since the kids balk at the idea of eating bunnies, we went ahead and used chicken instead.

Brunswick stew hails from the south, and both Virginia and Georgia try to claim its origin. But our version is in the Eastern North Carolina style, which uses potatoes, and we think it makes it a little bit heartier. (Not that it really needed much help there.)

While early versions of Brunswick stew call for squirrel or opossum, that’s just not really up our alley. Chicken makes a perfectly fine, flavorful stew as far as we’re concerned! And with that signature barbecue sauce and tomato base, all the classic Brunswick flavors are still there as we know and love them.

It’s a seriously yummy dish that we love just as much as leftovers as we do when we take that first spoonful. While it takes a few hours for all the flavors to blend together, it makes a big batch that’ll keep you warm and full throughout the week – you’ll love it!

Recipe adapted from Garden and Gun