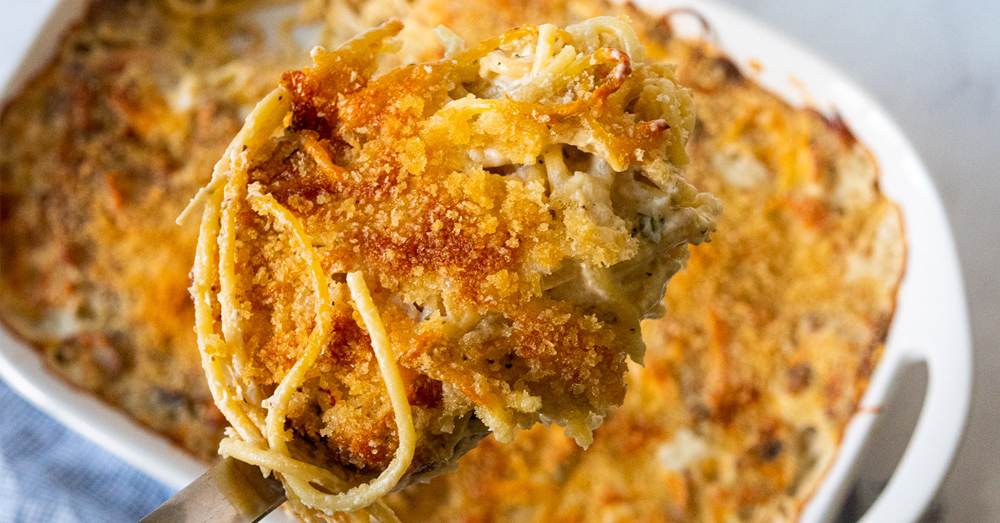 The creamiest, most delicious tettrazini we’ve come across.

Anytime there are turkey leftovers in the fridge, it’s hard to resist making Turkey Tettrazini and this recipe happens to be the creamiest, most delicious version we’ve come across. With an easy to make from-scratch sauce and cream cheese, mushrooms, and more mixed in, this recipe for the American classic is as comforting as it is creamy.

It’s said that Tetrazzini originated in San Francisco, and was named after a famous opera singer of the early 1900s who lived in the area — Luisa Tetrazzini. But no matter how the casserole came to be named, its staying power is in the fact that it’s incredibly tasty and the sort of casserole that the whole family seems to fall in love with.

In some versions you might find peas or egg noodles, but ours features spaghetti noodles and mushrooms that are tucked into a creamy sauce that’s accented with mozzarella and some cream cheese. (And of course there’s turkey involved, too.) The cream cheese gives the sauce a silkier feel so it’s thick and velvety when it comes out of the oven.

Our topping is pretty hard to resist – Panko breadcrumbs and Parmesan that get golden brown and perfectly crispy in the oven. Whether you use turkey or chicken, Tettrazini is always a crowd pleaser of a casserole and this version especially so!