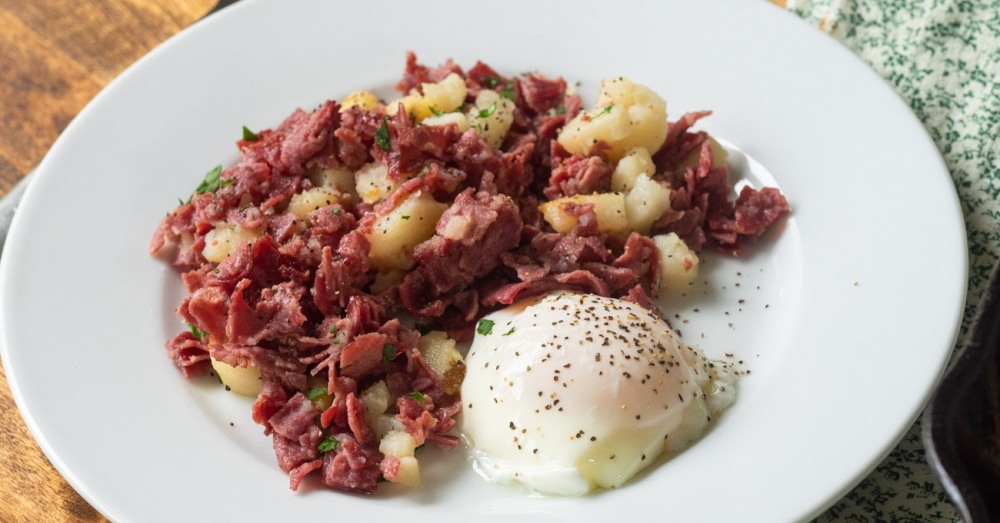 There’s a reason this dish has been around so long.

Recipes from the old days can be some of the most classic ones, with flavors that have been made familiar over the course of generations. Hashes of all kinds have long been staple meals for breakfast, lunch, or dinner. Regular folk would have eaten meals like these often, both in the U.S. and in Europe. But, did you know that this staple was also eaten in the trenches during World War I?

Trench warfare was gruesome, long, and often monotonous. Soldiers often went stir crazy and the troops suffered not only of shell-shock from the constant, yet intermittent enemy fire, but troops were very limited in what they could eat during this time. To be constrained in all areas was no easy feat. Still, the men were grateful for whatever food they had.

Corn willy hash gets its name from the fact that corned beef is used for this recipe, sometimes said to be from a Uncle Willy. The dish was so popular (or at least ubiquitous) among troops from the U.S. that they nicknamed a small area of France as Corn Willy Quarry where weary troops were fed and bandaged up in 1918.

The hash also made its way into popular culture in the form of limericks and songs of the era. By World War II the dish was still a staple among troops, as evidenced in letters home.

We bet a lot of men during the World wars had to eat this dish cold or even from a can, but you can make a fresh, hot version that is a perfect breakfast or lunch option.

This recipe starts by boiling cubed potatoes in salted water. After these are drained the real magic happens by first crisping up the beef and potatoes in butter, then leaving them covered to cook in broth for around 15 minutes.

After that the hash is ready. This recipe is ideal served with sprinkled parsley and/or a poached egg on top. You could also sauté onions or other veggies before adding the beef, potatoes, and broth. It’s very easy to make this dish uniquely yours.

If you try this hash you’ll be following the tradition of generations of men who fought in the World Wars.