Zoo Considered Lion A “Breeding Mistake”, Kept Her In Tiny 3-foot Enclosure Away From Customers.

Zoos can be bleak places to visit if the animals aren’t properly cared for. Unfortunately, a Philippines zoo’s obscenely cramped conditions have led to accusations of animal cruelty.

The incident unfolded when a concerned visitor asked why a young lion, Lyka, was being held in a tiny 3-foot wide enclosure. Nor would the staff’s callous description of the blind lion as a “breeding mistake” do anything to set the woman’s mind at ease. 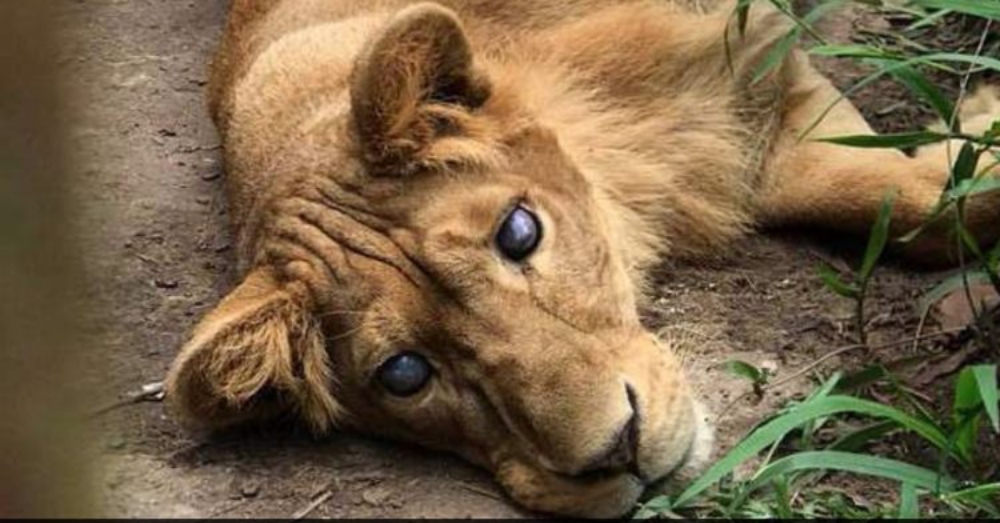 “It was heartbreaking. I wanted to cry,” the woman wrote online after visiting Maasin Zoo. “Seeing such beautiful animals locked up and clearly suffering was so disheartening. The lioness cub’s name is Lyka. Her eyesight has gone and now she’s completely blind. I felt so sorry for her. She’s just five.”

“She looks so neglected and depressed,” she said of the young lion, who suffers from a congenital condition. “Lyka’s locked up in such a small cage, there’s no room for her to do the things she should be doing.”

Moreover, the tiny cage was covered in filth. “It was obvious me to me that the cage was not clean enough,” the visitor wrote. “We called out to her and she moved her paw a little bit but apart from that, she was still. She looked weak.” 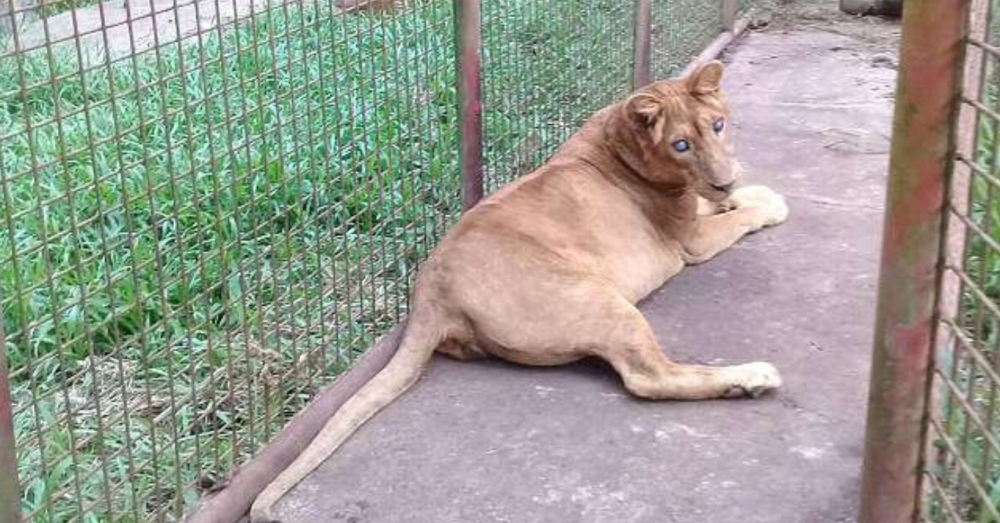 Nor did the lion in the cage next door look any healthier. “I am sure that anybody who visits that zoo doesn’t come away with a happy feeling,” the woman continued. “How could they? If they do, then they’re lying to themselves. I found it to be such a horrible place.”

Upon further questioning, the staff admitted the lacking facilities stemmed from lack of funding. However, the woman was not satisfied with this response. “The staff told me that they don’t have the funds to improve the zoo, but that’s just no excuse,” she wrote. “If the animals are suffering then they should move them to another place where they’re properly cared for.”

But the zoo bristled at the suggestion Lyka is suffering, insisting the cub is “healthy” and well-fed. “If there are any problems with the animals they are treated by a vet,” a spokesman said. “They are safe and healthy and receive adequate nutrition. Most visitors enjoy their time here.”

But the Internet isn’t buying this corporate line. “Please have mercy on this dear Lion!! There are other sanctuaries that will love and care for her!!,” one reader wrote. “Heartbreaking. Disgusting conditions,” another agreed. “It’s inhumane treating an animal this way. Feed her, better surroundings and interact with her… she deserves a quality of life,” a third suggested.

Another countered that zoos themselves are actually the real problem. “Ban all zoos now,” this person wrote. “This is so very sad, it reduced me to tears. Humans are the most disgusting animals on our planet. #BornFree.”