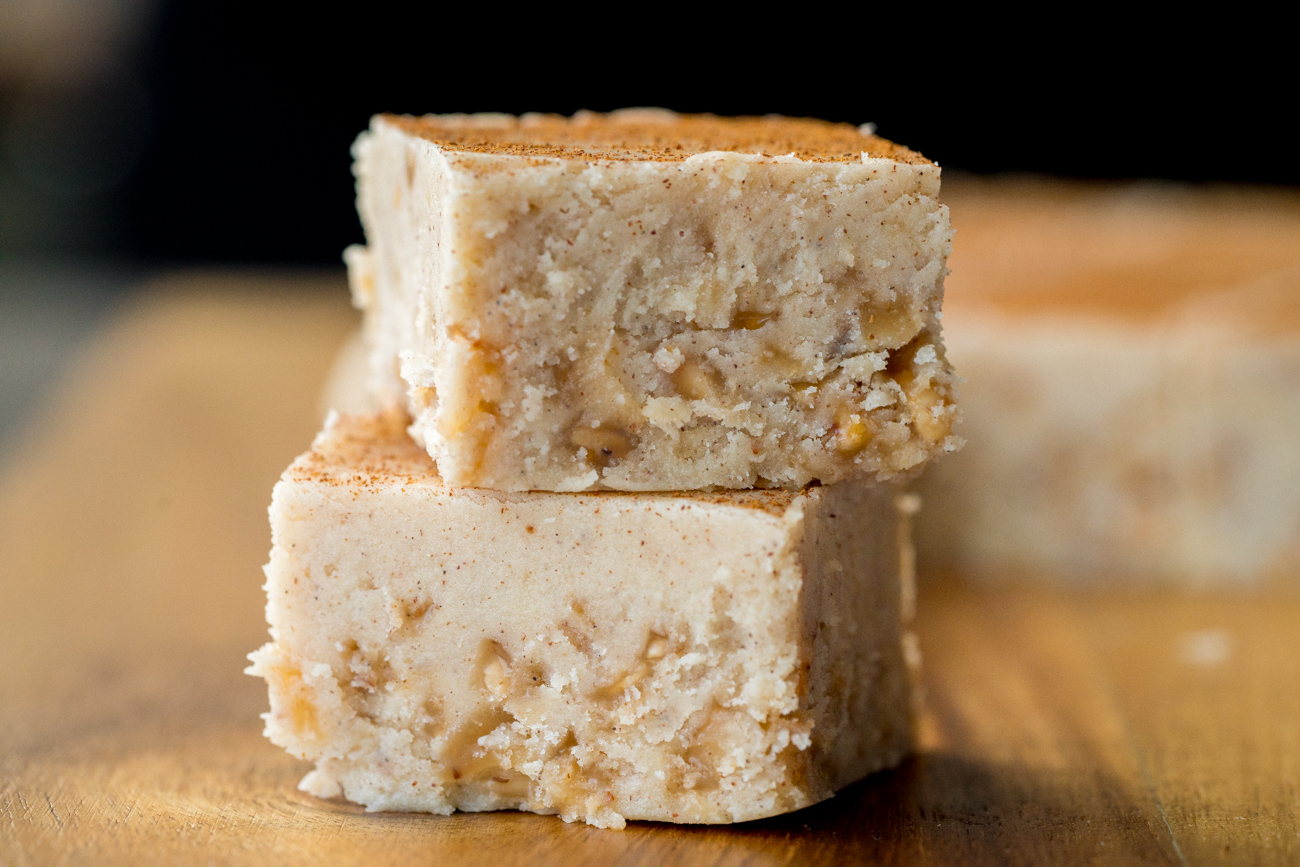 We used to think of fudge as being a rich, chocolate-y dessert that’s got milk or dark or semisweet chocolate coursing throughout, but our minds have been opened to the many, many different ways to make fudge, branching far out from a classic chocolate fudge. To ring in the fall and winter seasons, we decided to go a totally new direction and make an apple-inspired fudge that’s warmed with lots of spices – and toffee pieces, for extra bite – and that knocks all other fudges out of the park! 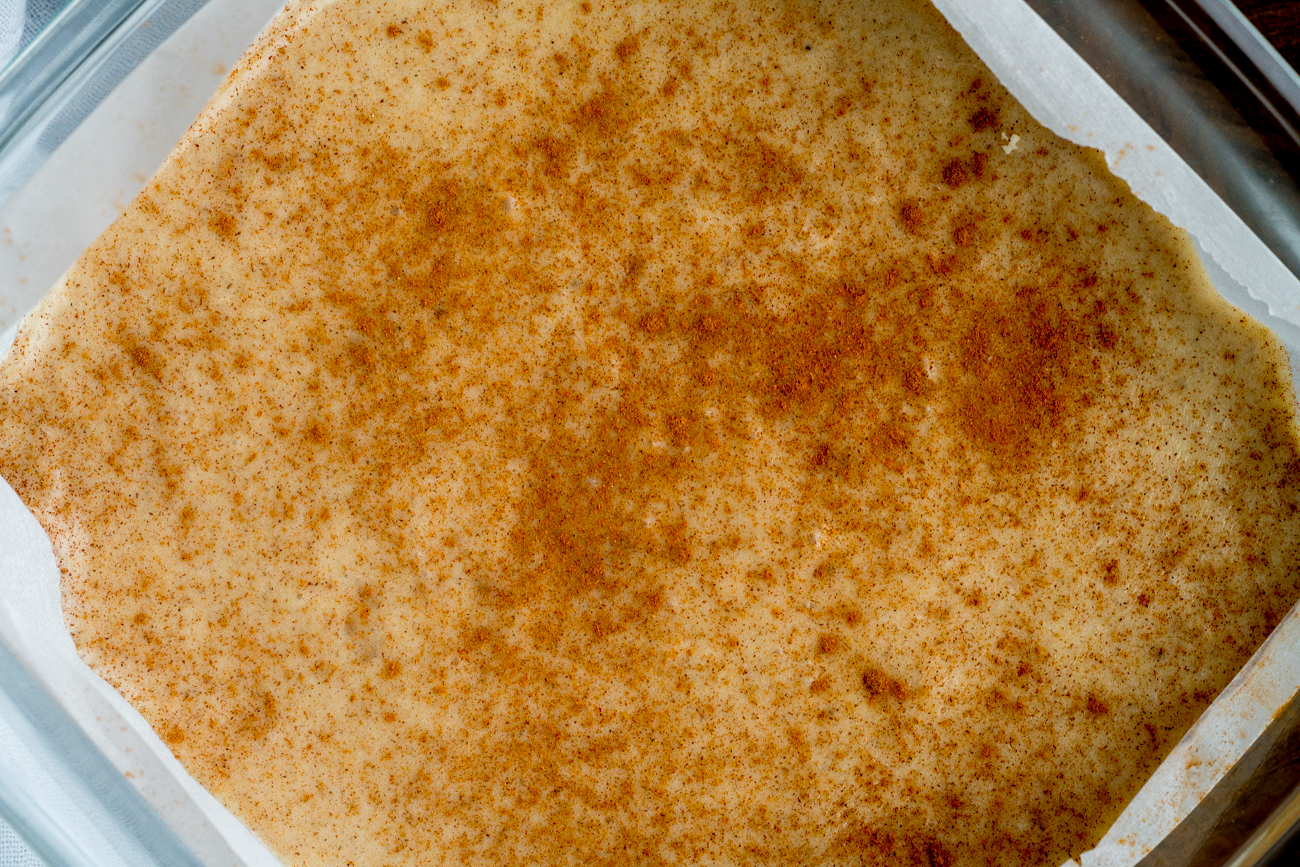 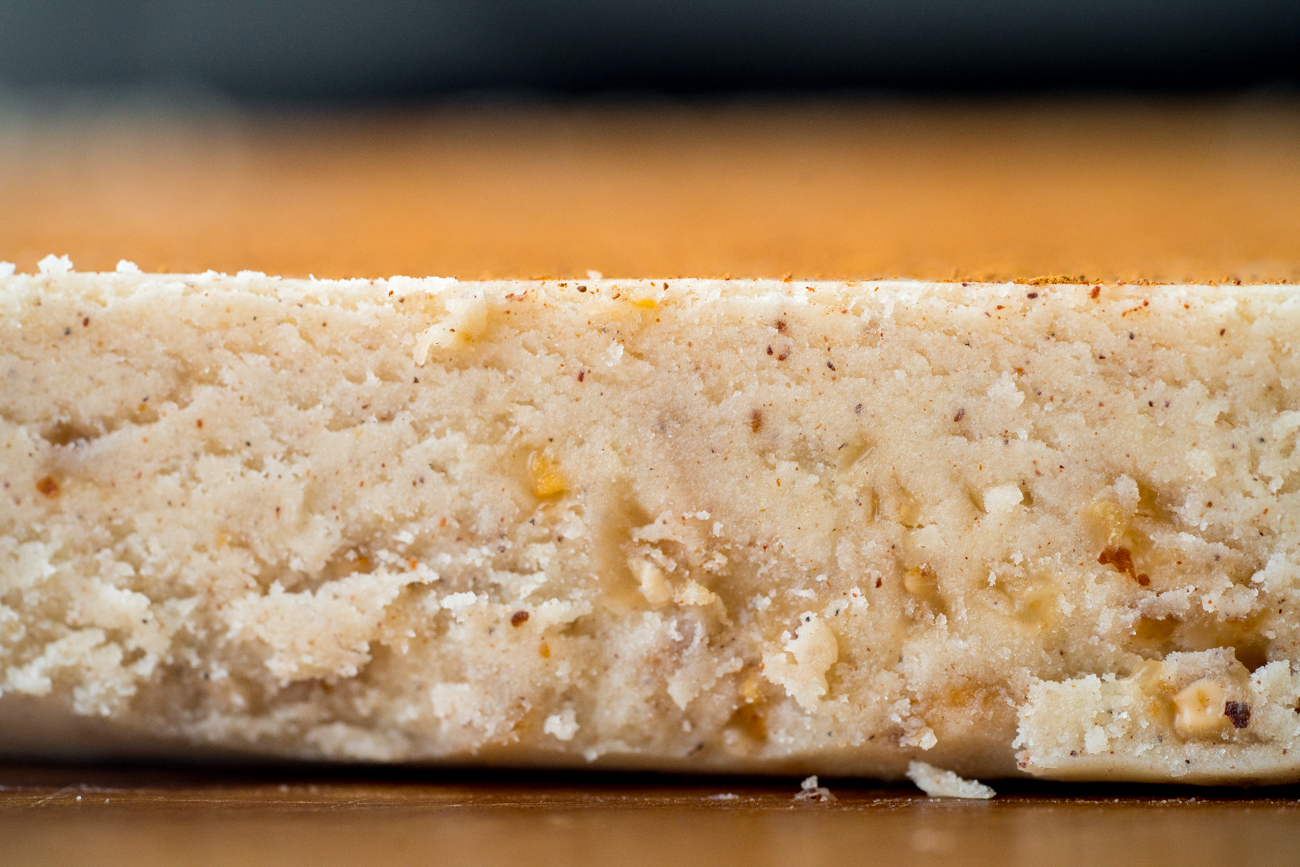 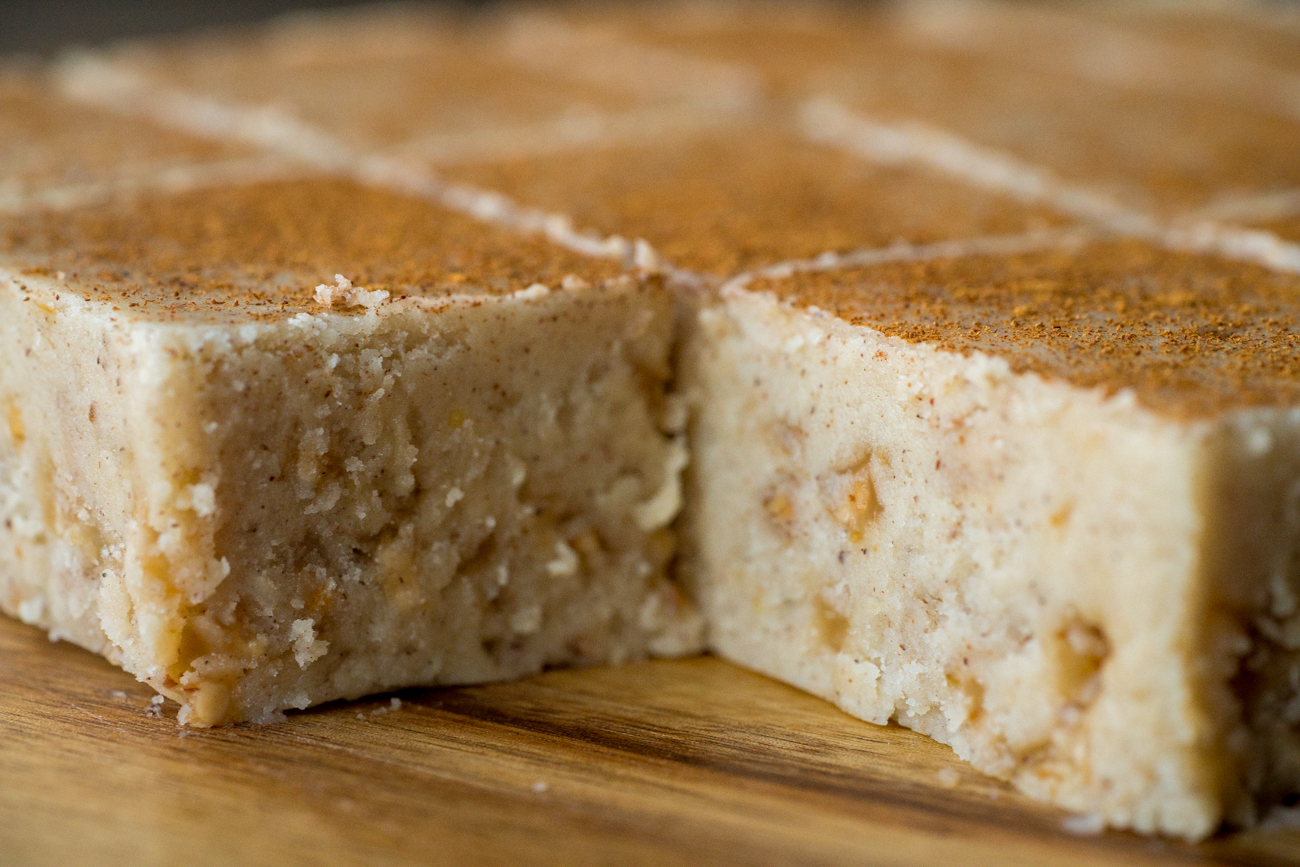 So, we give you spiced apple cider fudge. This tasty treat still has sugar, butter and (white) chocolate chips, like normal, more traditional fudges, but it also has apple cider, cinnamon, allspice, nutmeg, and marshmallows to give it a round flavor and smooth consistency, with a little crunch from the toffee bits. These bite-sized treats might be small, but oh my gosh, the flavor is huge…and they really do taste like apple cider and apple pie and all things apple-y. We had our first bite and were completely hooked! 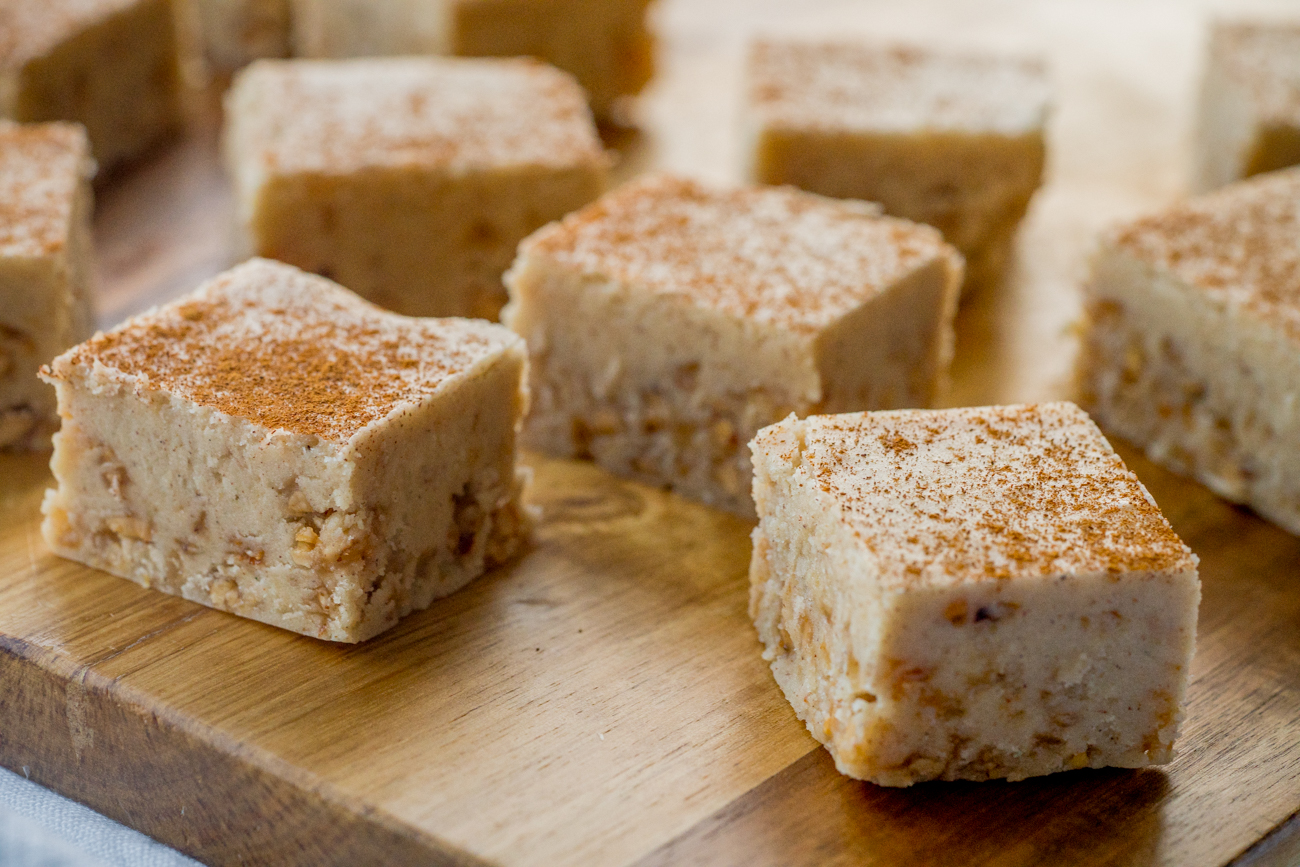 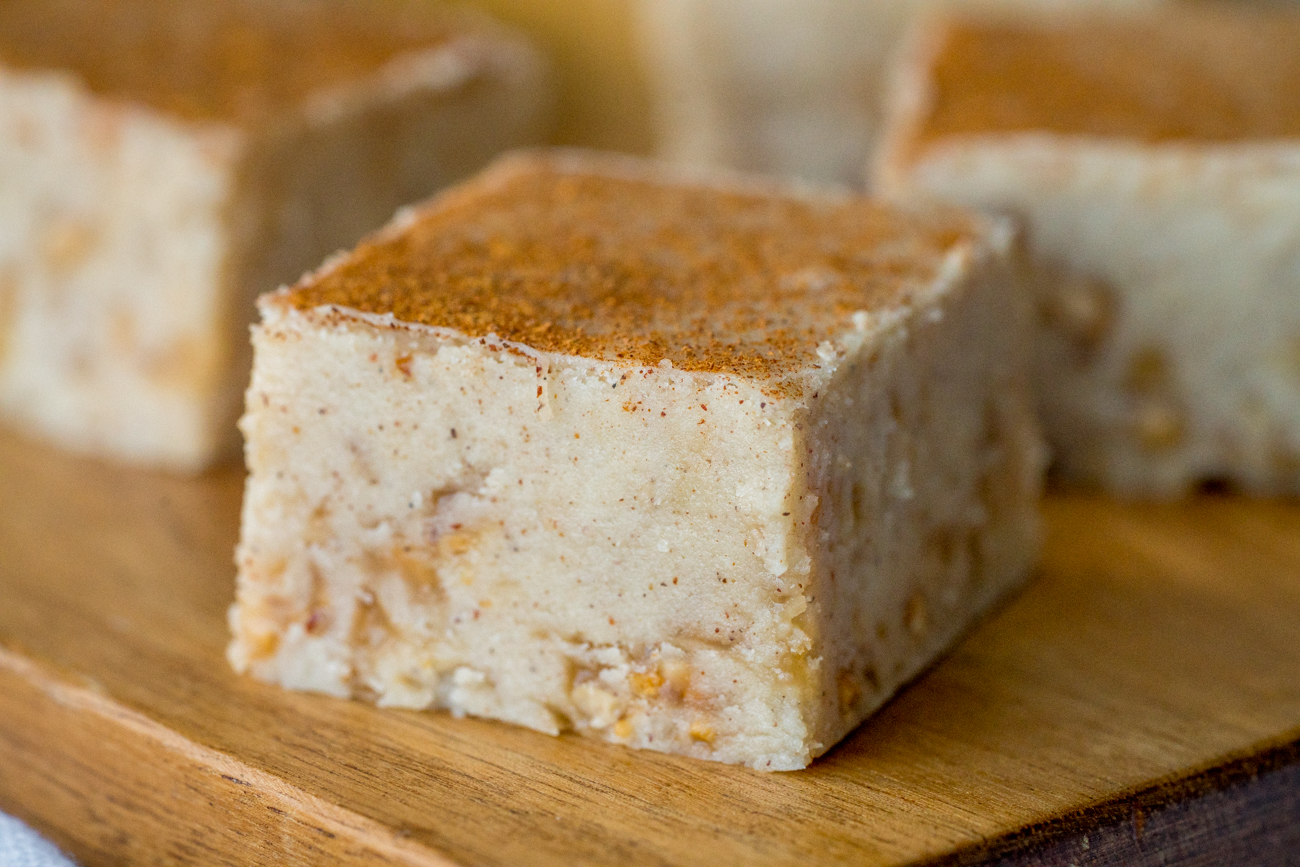 If you’re worried that making fudge is tricky or easy to mess up, don’t worry, we’ll walk you through this and you’ll see really quickly how easy this stuff is to make! Whisk together sugar, apple cider, butter and spices in a large saucepan over medium heat, then remove it from heat and stir in white chocolate chips and marshmallows until the mixture is melted and smooth. Add your toffee, pour it into a greased baking sheet and let it set. Easy peasy! Seriously, this stuff is so good and we can’t wait for you to try it! 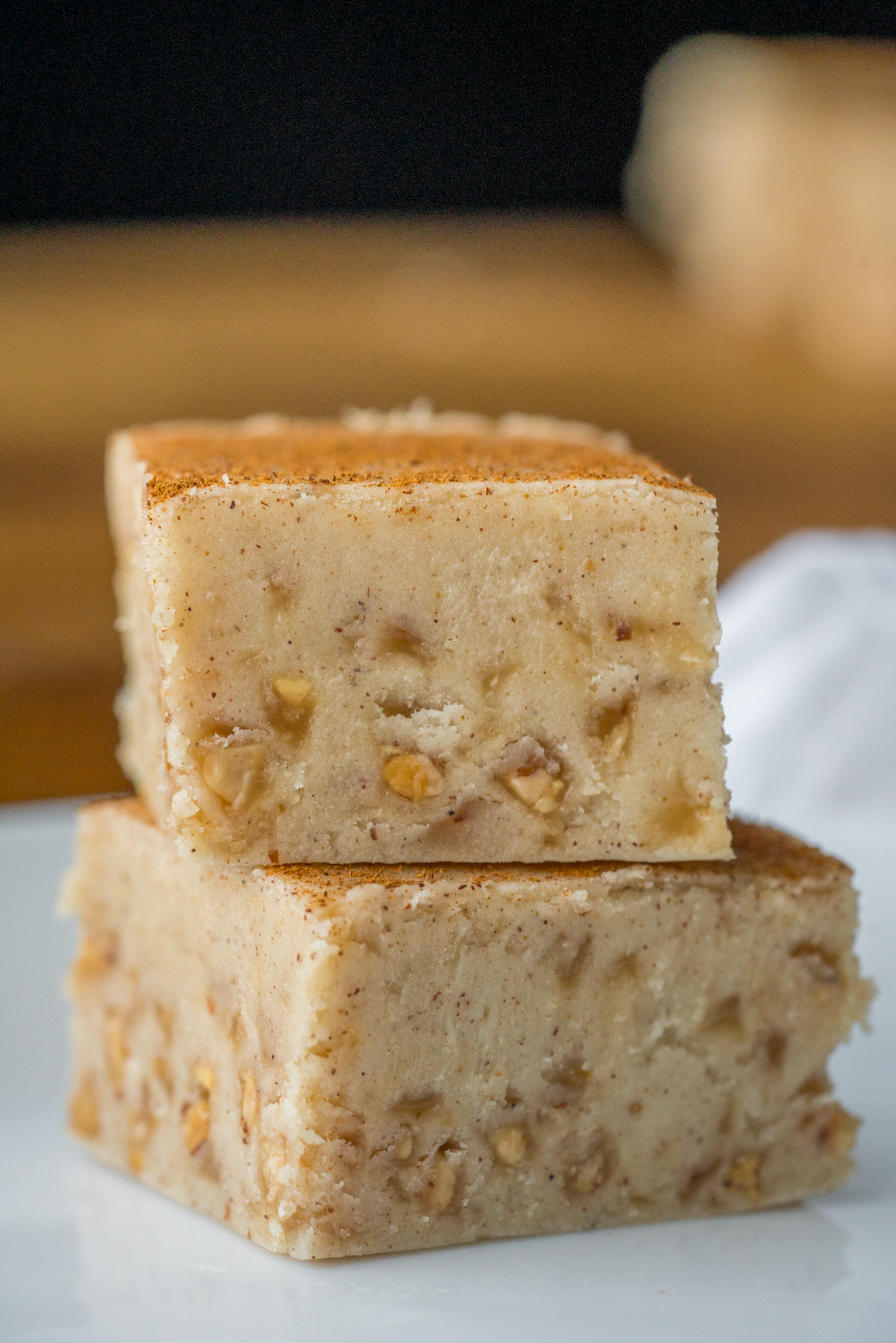 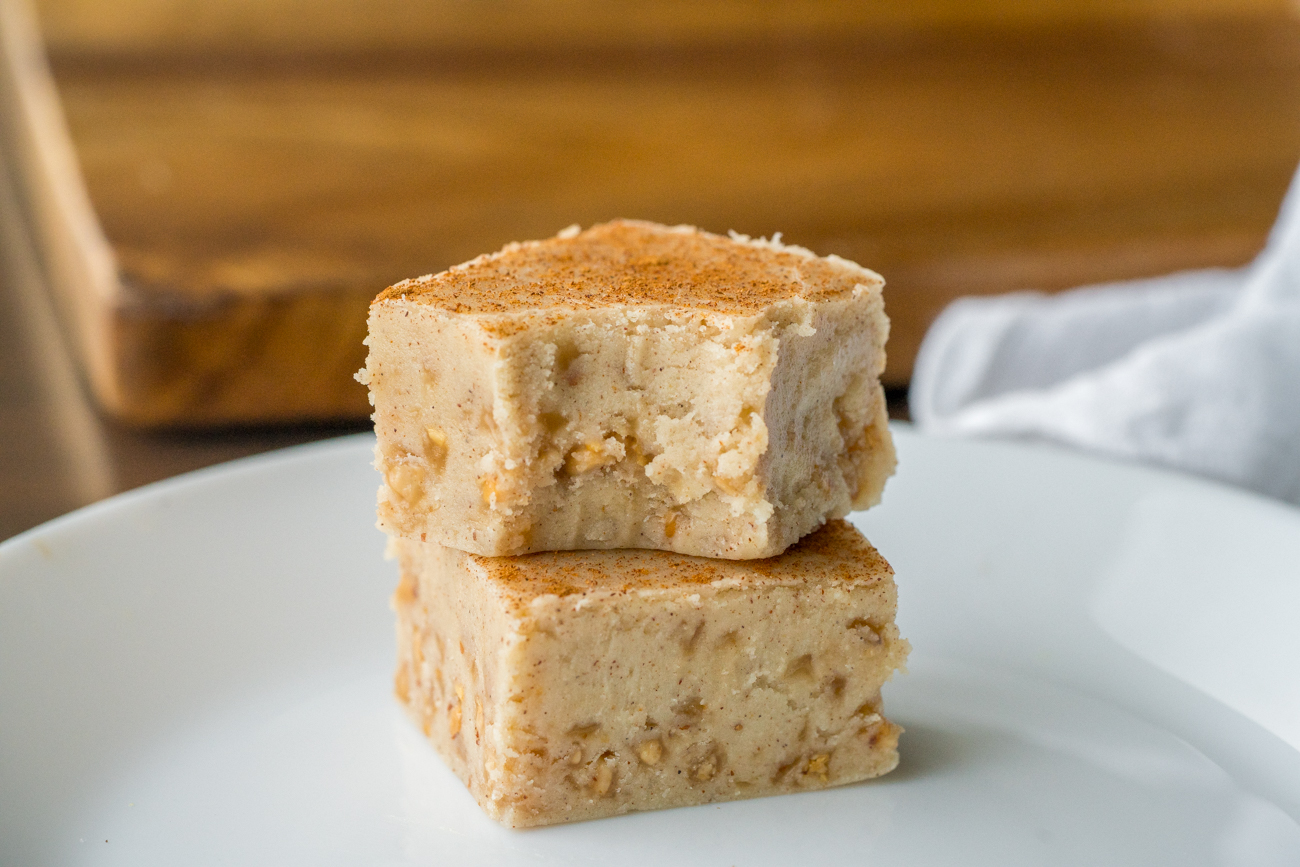