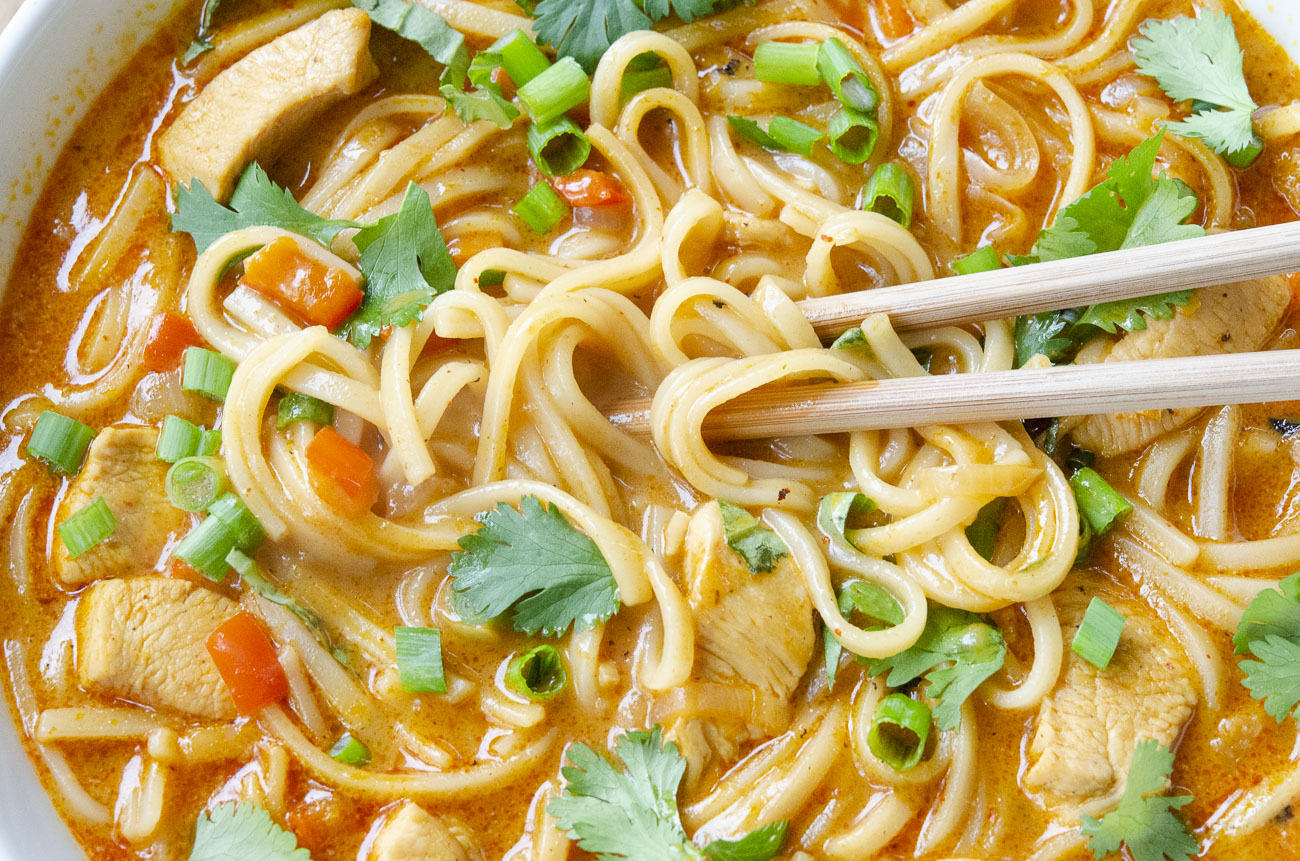 You won’t be going back to your regular chicken noodle anytime soon.

I think the last time I wrote about a soup I told you that it was my very favorite one, but the problem was that I hadn’t made this soup yet. And see, while this soup may not be the chicken noodle soup you’re used to, it is every bit as comforting and probably even more delicious. (Or at least I clearly think so.) It’s still full of slurpable, comforting noodles but it’s surrounded by a broth that’s both mildly sweet and spicy and chock full of nourishing veggies and hearty chicken. I’m not one for leftovers but I finished every last drop of this and since this makes a lot, that’s saying a lot.

This doesn’t need a long simmering time to come together so it’s pretty quick to make for such a nourishing soup. You just start by browning up some sliced chicken breast before sauteeing some carrot, onion, bell pepper, and garlic. Once those have softened, you’ll stir in red curry paste and grated ginger, along with some coconut milk and chicken broth. Don’t have curry paste on hand? It’s worth picking some up to try out this recipe – it’s versatile and keeps for a long time.

You’ll bring that all to a simmer and about ten minutes in you’ll stir in rice noodles and a touch of brown sugar and fish sauce. I like more of a rice stick noodle here, but you could use a rice vermicelli or a wider flat noodle – pretty much anything you can find on the Asian food aisle of the grocery store. The fish sauce gives this a traditional Thai flavor but if you don’t have any or would rather skip it, soy sauce makes a great substitute.

This is Thai-inspired more than it is totally traditional but it doesn’t make me love the flavors here any less. I’ve always been a big red curry fan and having it in slurpable soup form with plenty of chewy rice noodles is an ideal situation. (Especially with a little squeeze of lime.)