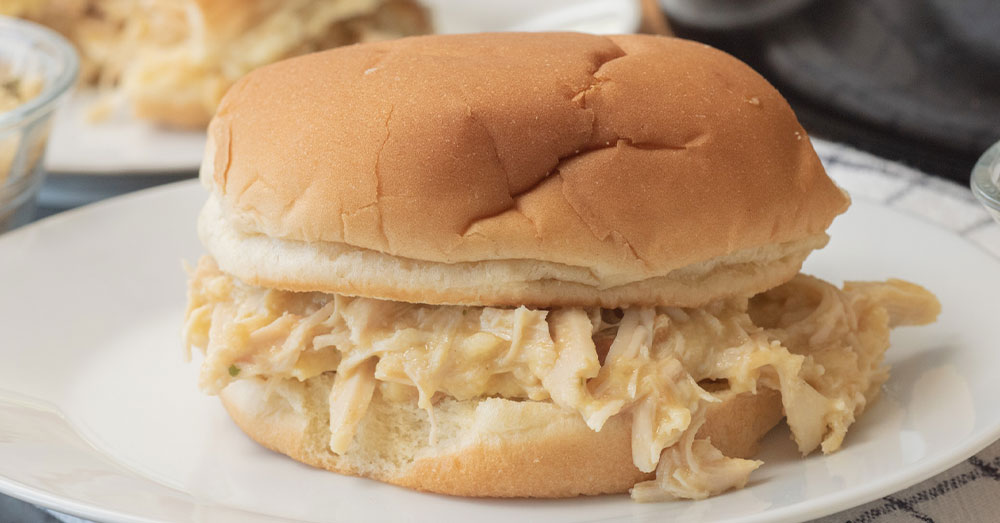 A ballpark classic we should ALL know and love.

We’ve all had chicken sandwiches before, but unless you’re from Ohio – or happen to visit there a lot – you probably haven’t had them quite like this. See, this isn’t just any chicken sandwich, this is an Ohio Shredded Chicken Sandwich and it’s about so much more than just the chicken. It’s the type of food you find at both ballparks and potlucks, and while it’s economical and easy to make, it’s the signature combination of ingredients that makes it so classic. (And tasty!)

Usually, when you have a shredded chicken sandwich, it’s just shredded chicken and some sauce, but that’s not the case here. Ohio Chicken Sandwiches certainly involve shredded chicken, but they also always include either stuffing or crushed Ritz crackers, or both. (Ours uses both because sometimes more is better.) There’s also cream of chicken soup in there, which makes for an oh-so-creamy but pretty messy sandwich. Think sloppy joe, but in carb-kissed, creamy, chicken form.

While you can make these as simple as stirring together a can of cooked chicken with the other ingredients on the stovetop, our version uses the slow cooker to cook chicken breasts until they’re tender and falling apart. That juicy meat is bulked up by seasoned stuffing mix, buttery cracker crumbs, and savory chicken soup. As you can probably imagine, it’s a comforting and easy-to-love flavor profile, which is exactly why it’s become an enduring Ohioan classic.