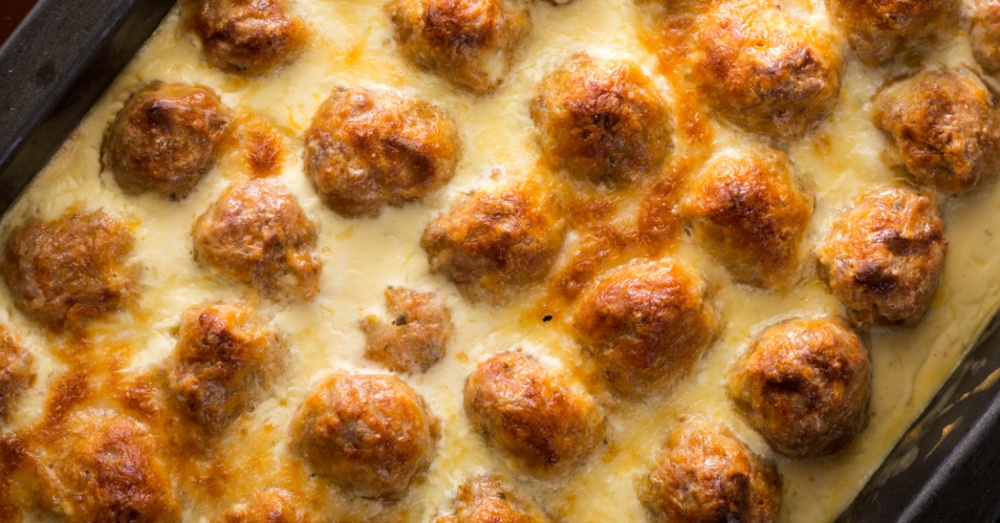 Everyone in our house loves this one!

There are things to be said for light and healthy dinners like a crisp salad or a brothy soup. Sometimes, those are great options. But sometimes, you just need a rich and indulgent plate of comfort. That’s where these meatballs come in. They’re cheesy and creamy but layered with the nuanced flavor of herbs and garlic. It’s stick to your ribs kind of food, but the kind that won’t leave you regretting that second helping.

You see, while all of the flavors are there, the final result is not overly rich or heavy. The sauce is made largely of chicken stock, which keeps the creaminess from being overpowering. It looks like a whole lot of beef and cheese, but really the meatballs are rather fluffy and light and the sauce is just creamy enough.

These meatballs are made with some breadcrumbs soaked in milk, which keeps them from being too dense. They’re baked in the oven for a bit while you make the sauce and this helps them cook through before they have the chance to get bogged down and soggy in the sauce. The sauce is an easy thing to whip up (and you can use it on so many other things. Chicken! Baked pasta! Even squash!) and you can always kick it up with some chili flake or herbs if you’re feeling so inclined.

It starts with a roux (butter and flour) and then the chicken broth is whisked in. A smashed garlic clove is added in the beginning steps, and its flavor permeates the sauce as it simmers. You’ll fish out that clove before you pour the sauce over the meatballs; it’s already done its job and you don’t want large chunks of garlic surrounded those tender meatballs.

A final flourish of creamy mozzarella tops the entire dish and becomes browned and wonderfully melty as it spends its time in the oven. It’s comfort food at its finest, folks, and you’ve got to give it a try.