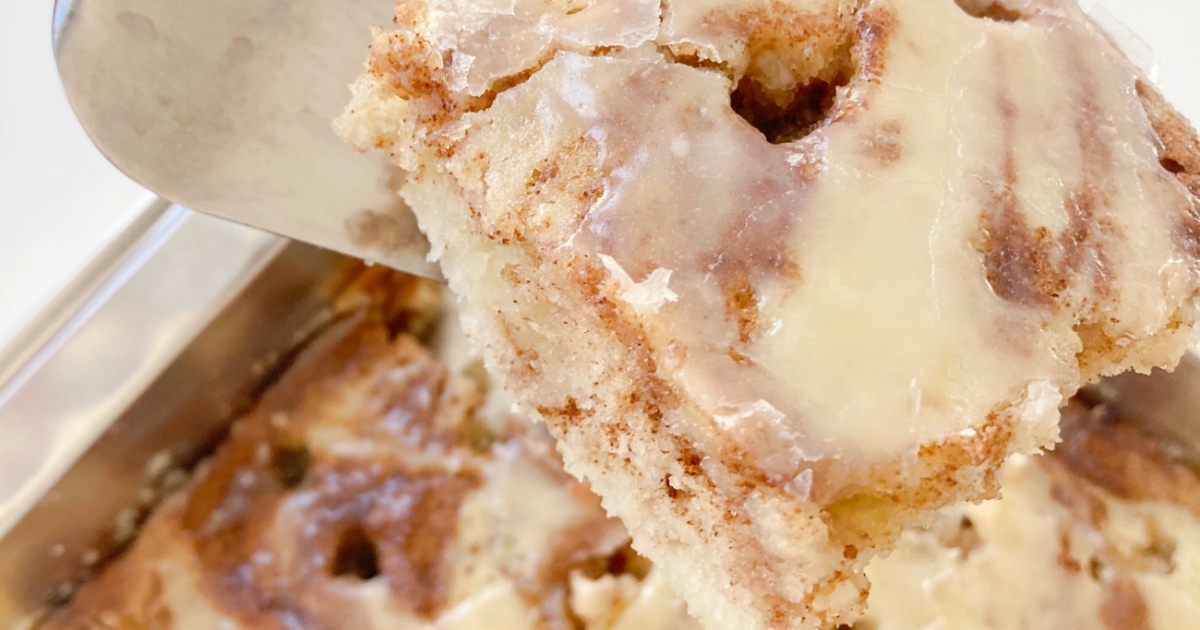 Easier than rolls, but just as tasty.

If there’s one food that will please everyone it’s probably cinnamon rolls. Lay out some of these pillowy, sweet, cinnamon-y treats and they will disappear in no time. But, if you’ve ever made them from scratch you know they take a lot of work. The dough is a yeasted dough, which means it has to rise twice. Then there’s the rolling process and then the baking and then the icing. But, you can bypass all this and still get a cinnamon roll experience with this recipe for big mama’s cinnamon roll cake.

Instead of being a dough, you start with a cake batter. For a really moist texture we’re using shortening as per the original recipe. This cake recipe went viral after being posted to a recipe subreddit from a user whose family cherished this “secret” recipe.

After pouring in half the batter sprinkle some cinnamon and brown sugar all over the top. Then pour the rest of the batter on top. Swirl the two together using a butter knife, but don’t mix them entirely. This is so you get that cinnamon roll effect in every piece of this luscious cake.

After it’s done baking you poke holes in the cake and while it’s still warm pour a butter and sugar glaze over the top. This allows it to sink into the top and into each hole.