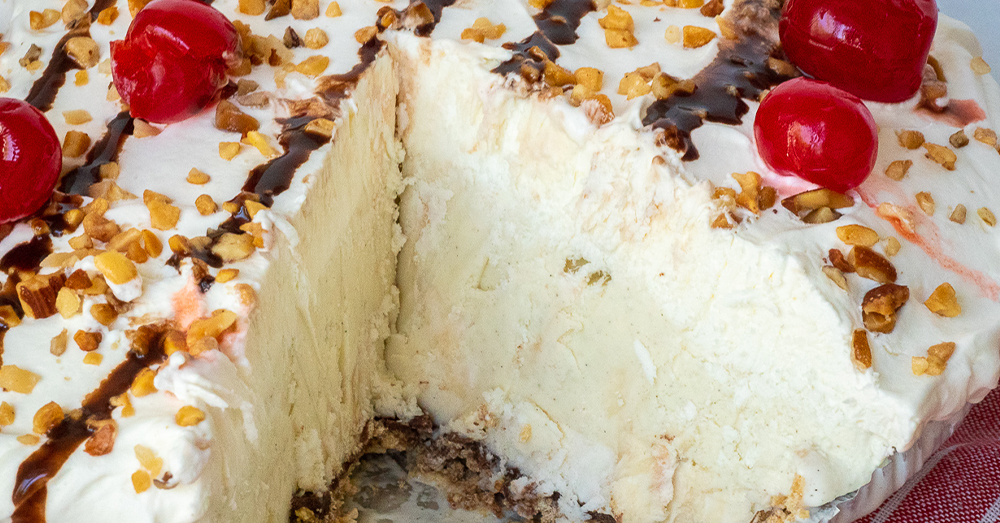 Because why not have more of a good thing?

I came to love the banana split late in life, but once I was in, I was ALL in. While I can’t remember many banana splits in my childhood, I made up for it in college with a pretty drawn-out phase of late-night splits at the local Dairy Queen. What can I say? It was love at first bite. And you know what — so is this pie. Because it’s everything that makes a banana split great. Slices of fresh banana, cool and creamy ice cream, fluffy whipped cream, chopped peanuts, and just enough fudge. It’s a dream, and it’s one pie you don’t need your oven at all for.

To start, you’ll spread some magic shell chocolate topping in your crust, let it harden, and then top it with sliced bananas. You’ll top that with ice cream — vanilla is the classic choice as far as I’m concerned, but if you prefer chocolate or strawberry, have at it. You’ll want to let the ice cream soften a bit so you can spread it, and you’ll only need about a quart here — most standard tubs are a quart and a half. Top that with some fluffy homemade whipped cream and chopped peanuts and freeze it until it’s solid enough to slice.