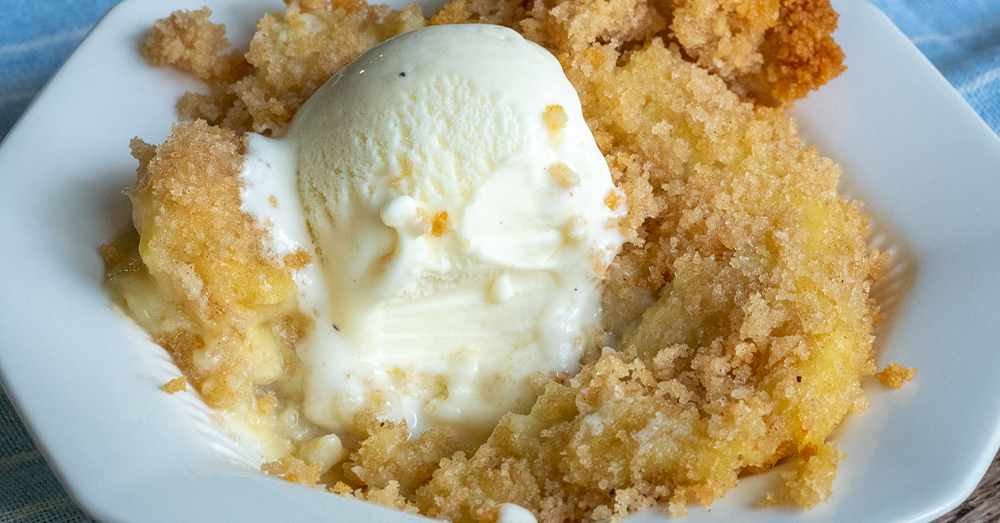 When most of us think of banana sweets vanilla wafer banana pudding and banana splits are at the top of the list. But, this banana Brown Betty dessert has it all: soft bananas flavored with rum and crunchy, buttery bread crumbs on top.

This timeless dessert combines flavors that have been popular for generations- all in a soft and tasty texture. Serve this one alongside some vanilla ice cream or whipped cream for a decadent treat perfect for any season.

Brown Betty was first mentioned in print in the mid-1800s as an apple dessert, sometimes flavored with flowers and lemon. While the origins of this home-grown dessert aren’t well known, it has since become an American classic. This version uses bananas and rum for a tropical taste that’s rich and sweet.

The key to this dessert is ripe bananas. You’ll need 4 of them for this recipe. The bananas get mashed into a cooked pudding flavored with vanilla and rum extracts. This forms the base of the dessert.

On top of the banana-and-rum pudding is a buttered bread crumb mixture that bakes to a heavenly, crisp topping in the oven.

Served with a smooth vanilla ice cream to cut the deep rum flavor, this style of Brown Betty is a real crowd-pleaser. And, if you have picky folks who don’t love rum then leave it out- it will still be incredibly delicious.

Recipe adapted from My Recipes.