School Stumbles Upon Chalkboards From 1917 During Renovation, Perfectly Preserved Lessons Provide Rare Look Into Past.

They quickly realized that the boards were from 1917… Over 100 years ago!

Classrooms at Emerson High School in Oklahoma City were getting a routine facelift when renovators accidentally uncovered an incredible glimpse into the history of American education.

Construction workers were removing chalkboards– taking them down to replace them with new Smart Boards– when they stumbled upon some older chalkboards underneath. Luckily, they stopped to examine the chalkboards before destroying them, and they quickly realized that the boards were from 1917… Nearly 100 years ago! Stuck underneath layers of other boards, these antique chalkboards had been preserved with the chalk still on them, providing an amazing view of life in a mid-20th-century classroom.


Dates on the board are from late November and early December 1917, with illustrations celebrating Thanksgiving in untouched chalk.

“It was so eerie because the colors were so vibrant, it looked like it was drawn the same day,” said English teacher Cinthea Comer. “To know that it was drawn 100 years ago… it’s like you’re going into a looking glass into the past.”
[sc name=”content-ad-horiz-2″] 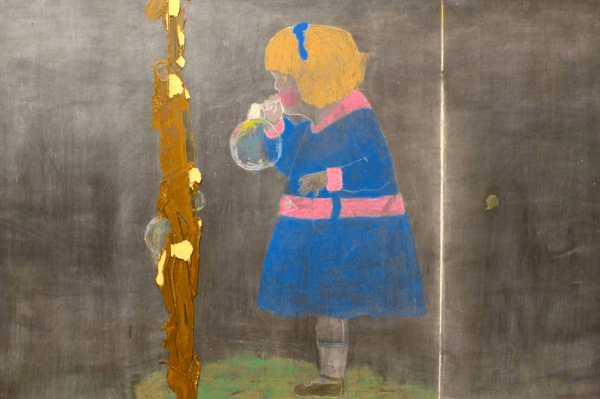 Principal Sherry Kishore says she loves the discovery, and she’s been amazed to see how the school taught basically the same lessons back then as it does today, but the teaching techniques are totally different.

The wheel above, for example, is an outdated method for teaching multiplication. “I have never seen that technique in my life,” Kishore said.

Another common lesson that looks different is the Pledge of Allegiance. 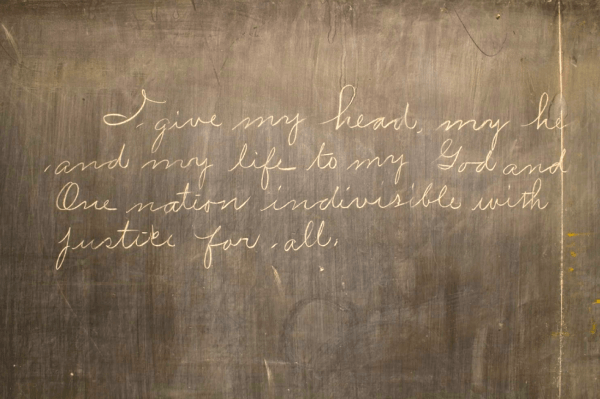 “I give my head, my heart, and my life to my God and One nation indivisible with justice for all.”

It’s unclear why this pledge differs from the early version of the Pledge of Allegiance that was established in 1892, but it clearly borrows some phraseology from that Pledge.

One lesson that is no longer taught in schools today is a lesson on hygiene. One section of the board– pictured below– lists “My Rules To Keep Clean” with tips like “Take my bath often” and “Wash my teeth.”
[sc name=”content-ad-horiz-3″] 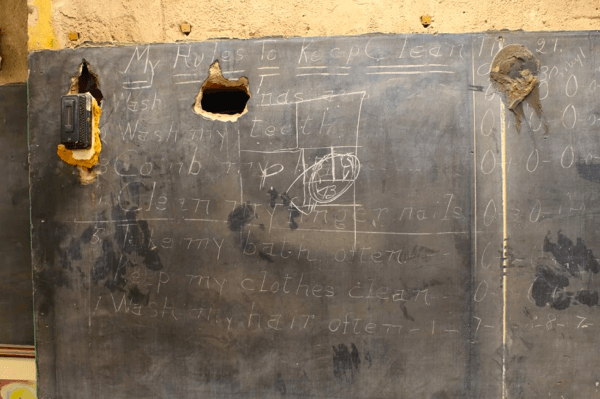 Principal Kishore showed her 85-year-old mother the board, and the familiar curriculum left her speechless. “She just stood there and cried,” said Kishore. “She said it was exactly like her classroom was when she was going to school.” 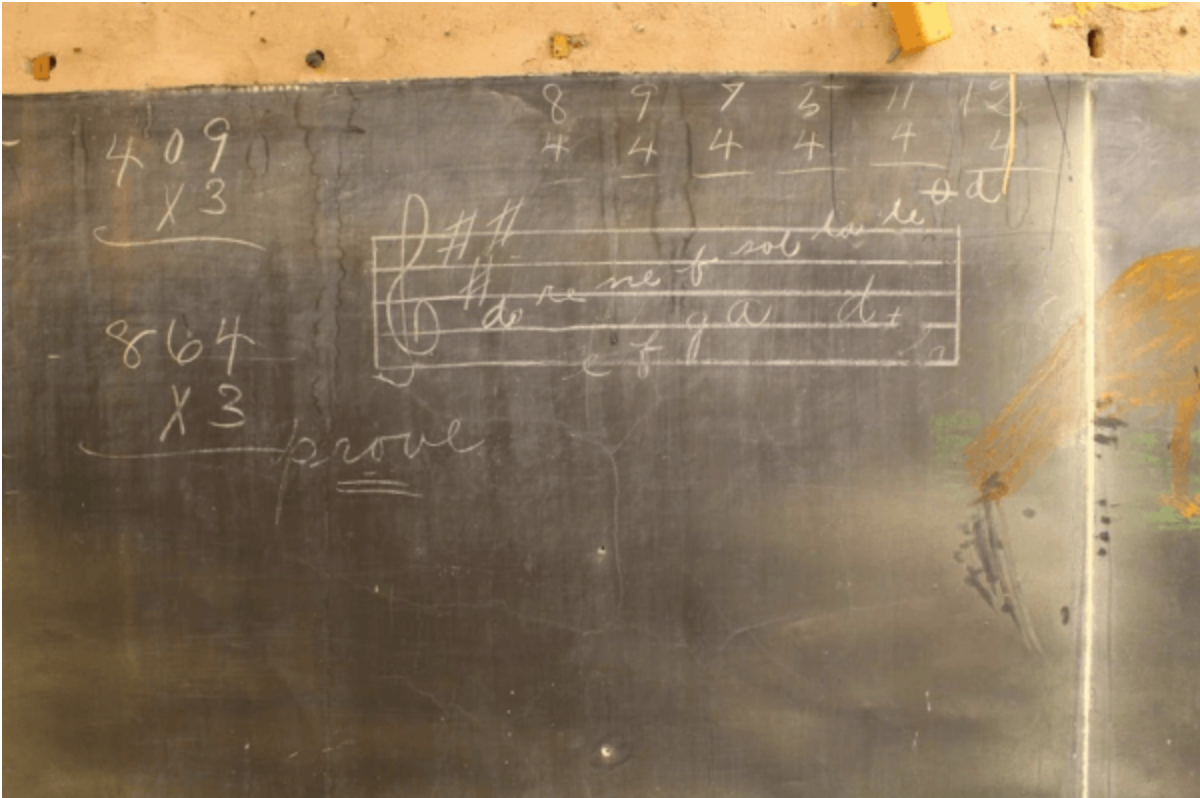 [sc name=”content-ad-horiz-4″]
Kishore’s mother would have started school in the mid to late 1930’s, over a decade after the boards were drawn, but the rediscovered chalkboards are no doubt more familiar to her than the high-tech chalkboards used today!

Principal Kishore has called this discovery the highlight of her career. She is working with the school district and the city to preserve the boards. 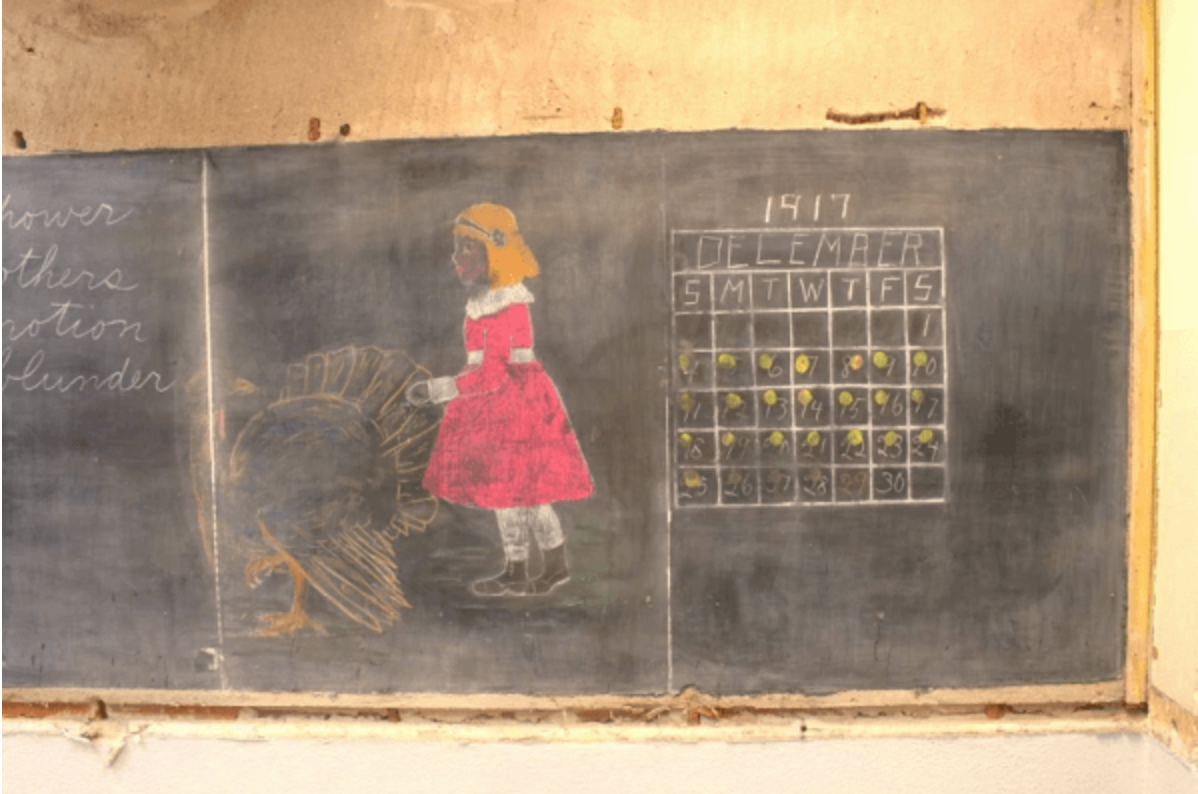