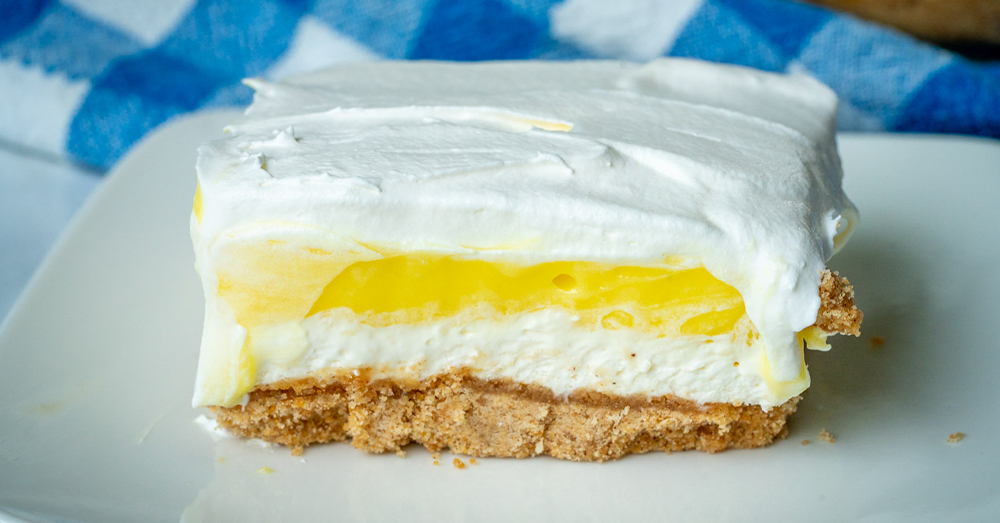 The perfect blend of tart, sweet, and creamy!

This Vintage Lemon Lush is all about the layers. I mean, just look at them! First, we have a Nilla Wafer crust, comprised of wafers, cinnamon, sugar, and of course, butter. Then, there’s an easy, rich cheesecakes layer, followed by lemon pudding. Finally, the whole thing is topped with whipped cream and lemon zest. If you’re looking for the perfect summer dessert that’s sure to satisfy a crowd, then this is the recipe for you! Let’s take a look at the video below and see how easy it is to throw together.

Doesn’t this dessert look absolutely mouthwatering? It’s the perfect combination of sweet, tangy, rich, and creamy. And the Nilla Wafer crust ties it all together!

We’ll start out by making the crust. First, preheat the oven to 350 degrees. Add Nilla wafers to a food processor and process until fine crumbs form. Pour crumbs into a 9×13 baking dish along with melted butter, sugar, and cinnamon. Stir to combine. Next, press the crumbs out to cover the bottom of the dish and bake for 10 minutes. Let cool for 30 minutes when done baking.

Next, we’ll make the lemon layer by adding the pudding mix and cold milk to a mixing bowl and whisk well to combine. Once the pudding mixture has begun to thicken, spread it evenly over the cheesecake layer. Finally, spread whipped topping over the lemon pudding in an even layer and top with lemon zest if using. Cover with plastic wrap and refrigerate for at least 1 hour before serving.

This is truly one dessert that you won’t want to pass up! Go ahead and get the full ingredient list along with step=by-step instructions below!

For the cream cheese layer:

For the lemon pudding layer:

To make the crust:

To make the cheesecake layer:

To make the lemon layer:

Recipe adapted from Buns in My Oven.