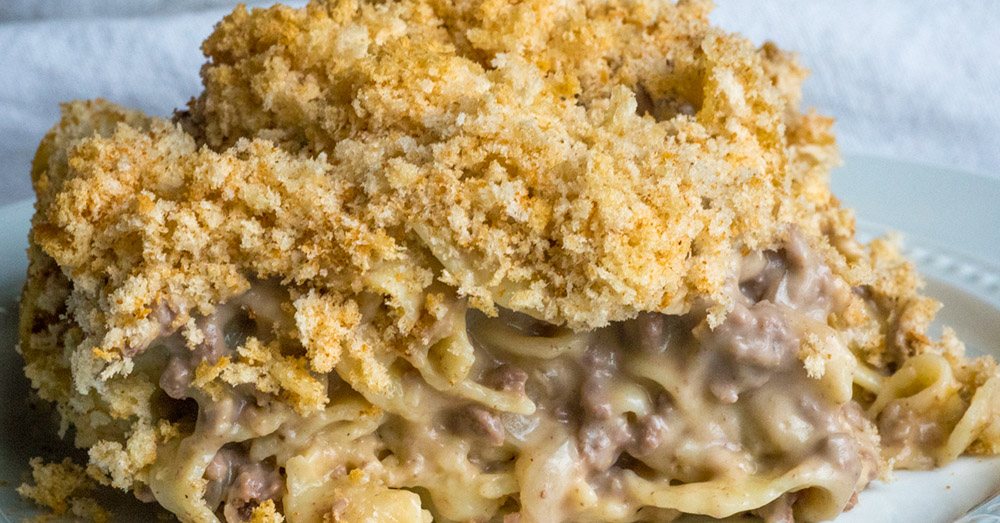 A beefy noodle casserole as timeless as it is tasty.

For a lot of us, the word Amish calls to mind things that are homemade, totally from scratch, and/or passed down for generations. So at first glance, this Yumasetti Casserole didn’t seem all that Amish to me. See, it uses some classic casserole kitchen shortcuts like cream of mushroom soup, which – while convenient – don’t exactly scream ‘homemade.’ But in true Amish form, it is the sort of timeless and comforting recipe that families love to sit down to generation after generation, and its creamy and hearty flavor is just the kind of thing you want from a homemade hot dish. And you can’t deny it has a pretty fun name.

“Yumasetti” kind of sounds like yummy spaghetti, though there’s no actual spaghetti in this dish. Rather, it relies on tender egg noodles as the base, and they’re mixed with ground beef that’s been cooked up with some onions and then everything is mixed with both cream of mushroom and cream of chicken soup, as well as some sour cream. (I told you this casserole was creamy.)

And while the casserole itself is irresistibly creamy and delicious, the topping is nothing to sneeze at either. Instead of packaged breadcrumbs, it’s made by toasting some white bread, crumbling it into fine crumbs, and then mixing it with some melted butter.

Believe me, it makes for a delicate and delicious crunch.

Thanks to the short ingredient list, this casserole is very easy on the wallet but it’s easy on the cook too. It’s truly family-friendly fare – budget-friendly, easy to prepare, and always a hit with kids and grownups alike. It’s creamy, filling, and comforting – it’s really everything you could want from a casserole!