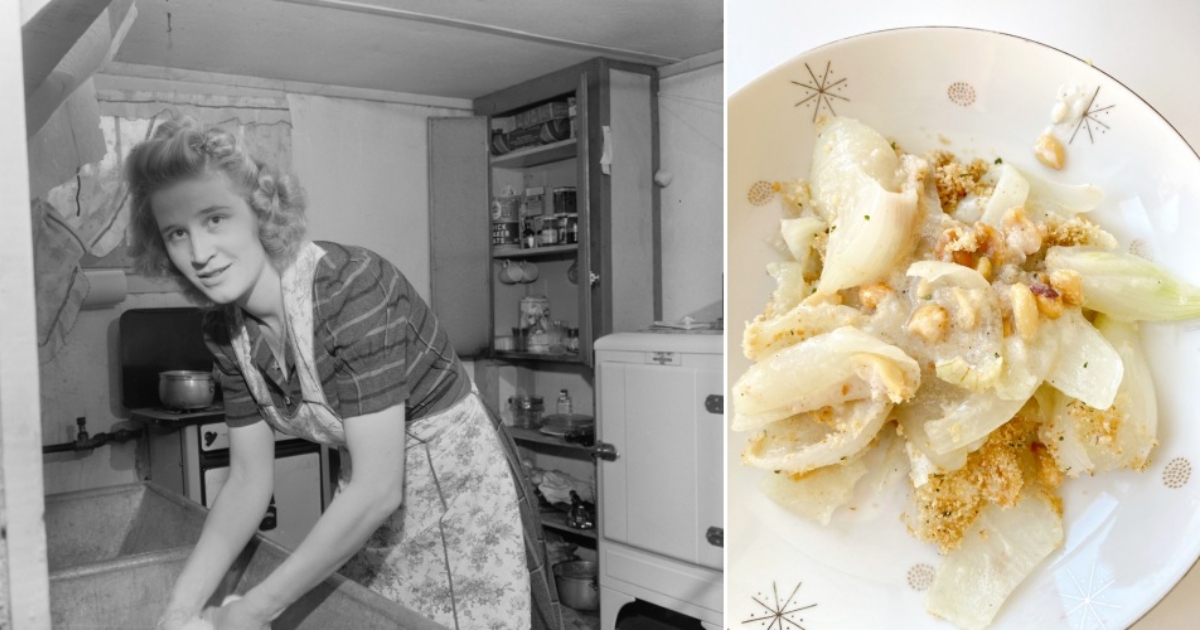 If you like creamed onions then this is a must-try recipe.

During times of hardship many cooks had to get extremely creative with their food shopping and with their cooking. During the Great Depression there were two crops that many people really relied on: apples and onions. These foods could be kept in storage for a long time and were rarely in short supply, making them ideal for a host of dishes.

For these reasons there are a lot of recipes from the era that use them in very frugal ways. This tradition carried on into the years of World War II since there was rationing and widespread conservation of all resources. But, this type of cooking was so familiar to everyone who had made it through the 1930s.

This recipe for onions and peanuts was published in a 1944 pamphlet from the USDA as a way to use up these nutritious veggies. But, if you think it sounds strange then read on since I was pleasantly surprised by this dish. 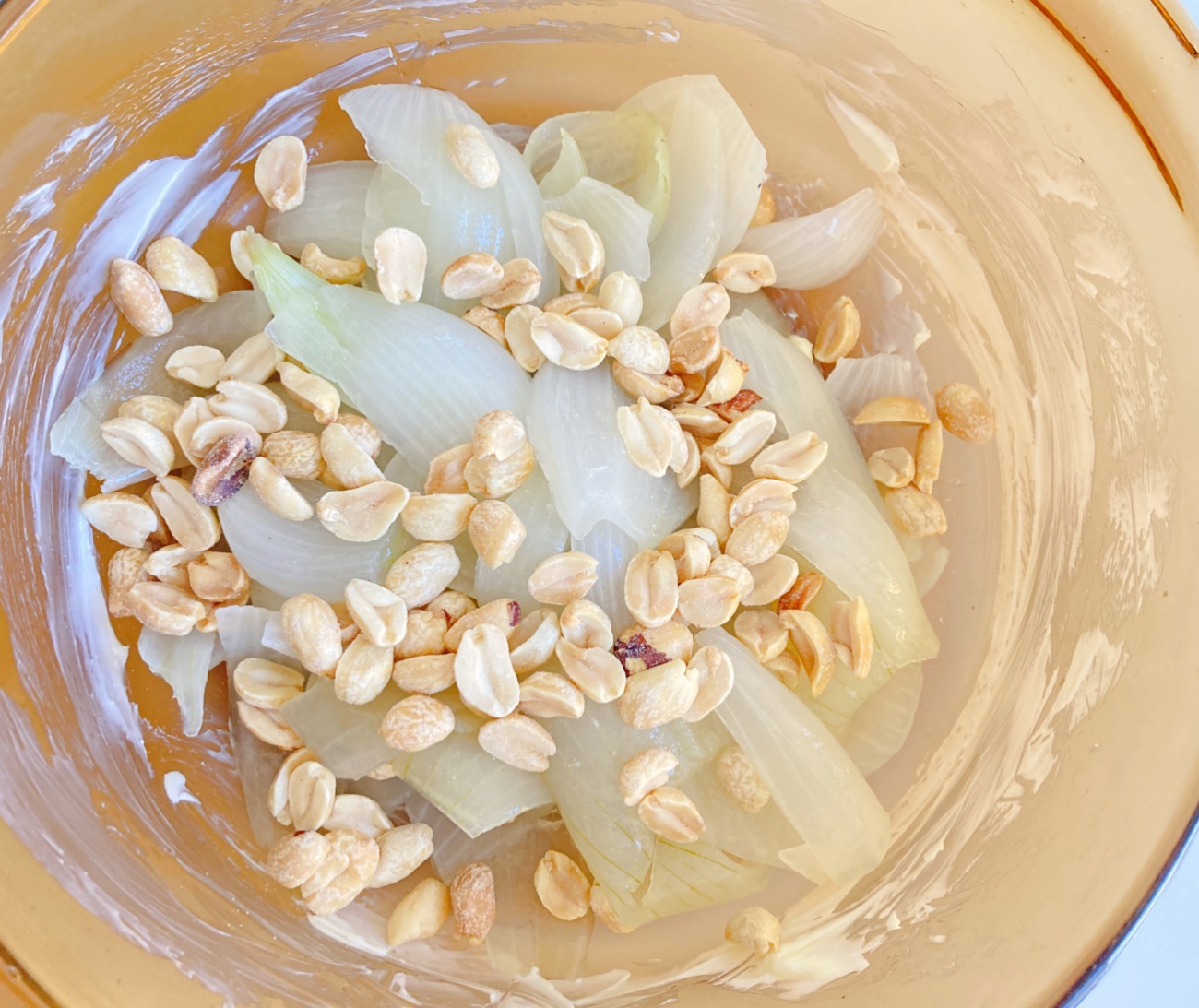 It might not be first instinct to combine peanuts with onions but in this recipe what you’re actually making is a version of creamed onions that’s enhanced with peanuts and flavored with buttered breadcrumbs before you bake it in the oven.

If buttered bread crumbs don’t sound very frugal then you’re not wrong. Had this been a recipe in England for example the butter would have been extremely limited. But, rationing was less strict in the US. Plus the onions get softened with no butter or oil at all.

To get the onions to a pre-cooked state you boil them whole. This means they become tender with no sautéing, which saves on butter. You’ll need to dunk them in cold water before slicing them. A word to the wise: don’t over-cook them at this stage or they will be too soft to cut.

Then layer the onions with peanuts and a mild béchamel sauce before giving it the aforementioned topping of breadcrumbs. If you like creamed onions, as so many people do especially at the holidays, then this version with peanuts is an interesting and tasty take on the concept.