This Marine Dad Put A Sticker On His Car, But The Note He Found On His Windshield Gave Him Chills

When their son joined the U.S. Marine Corps, parents Lewis and Tami Alexander showed their pride by placing stickers on both of their vehicles. The stickers that showed to the rest of the world how proud they were of their son and his service read, “Proud parent of a U.S. Marine.” However, the never thought for a second that those simple stickers would ever provoke hatred.

Lewis went to the store and parked his car. When he came back to his vehicle he found someone had seen the sticker and left a nasty note for him to read.

He noticed the piece of paper on his windshield and stopped to read it before pulling out of the parking lot. The note was short, but the proud father couldn’t believe what it said. In fact, the note from a stranger was so cruel that it left him in tears and prompted him to contact the police. The note read: “F**k you and your son. I hope he dies.”

No crime was committed because the message didn’t include an actual threat, but the sheriff’s office decided to let the public know by posting about it on their Facebook page. 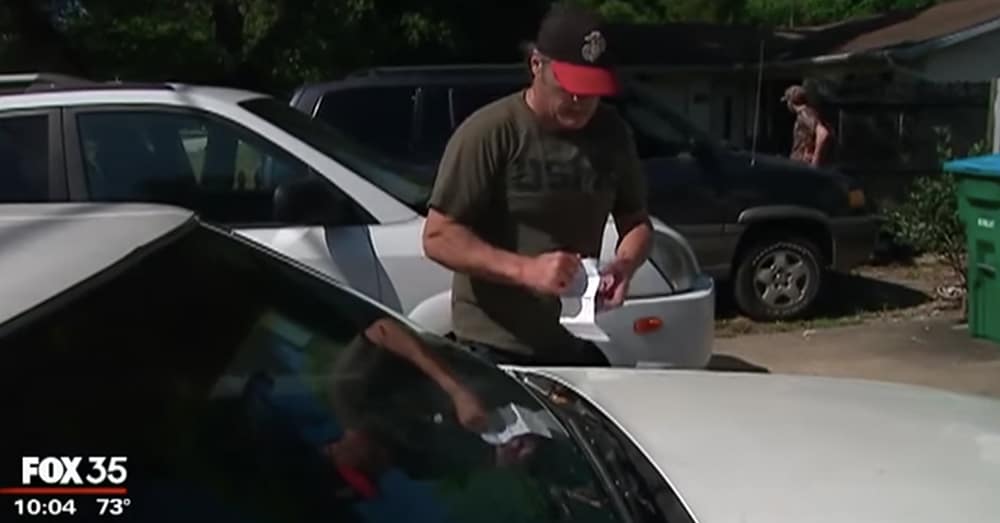 The Volusia County Sheriff’s Office wrote on Facebook, “We can’t undo the message, and we almost hate to share it, but we decided we could use it as an opportunity to say thank you. Please join us. To this man in Deltona, to anyone who’s served or is serving our country, and to all the families who sacrifice precious months and years with a loved one: THANK YOU and your son, daughter, husband, wife, relative or friend for what you’ve given us. We hope each and every man and woman comes home safe, although we know our world is not a safe place, and not everyone gets that homecoming. Our families are veteran families, too. We can’t put a note on every windshield, but we can say it here: We respect you, we support you and we’re here for you at home.”

“Wow, this person’s evil,” Lewis said of the person who left the note on his car. “My son’s serving to protect that person’s right to do that and it really hit me, so I called the sheriff’s department… I was crying.”

The USMC father said he felt “very much comforted” by the sheriff’s department’s decision to post the note on Facebook with a message of thanks to those in the military. 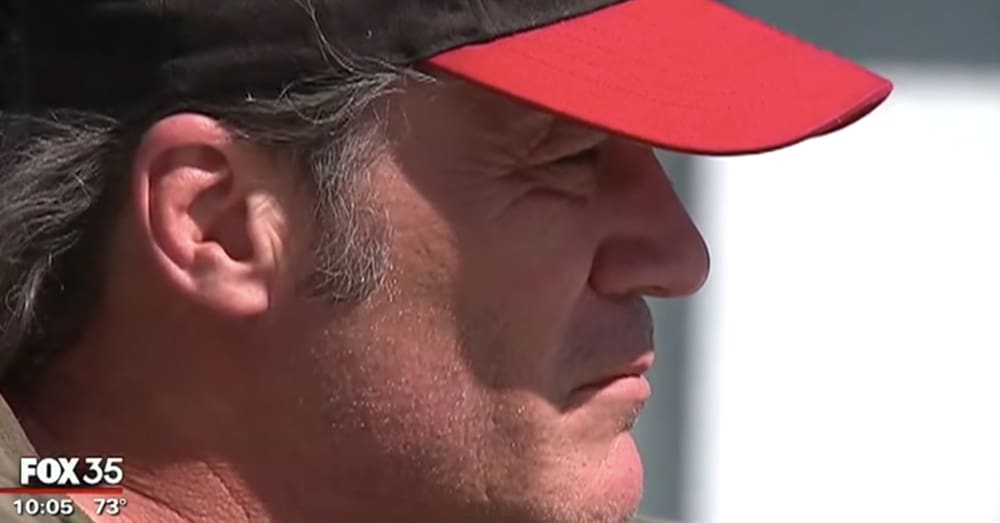 Once the sheriff’s office posted about the incident on the Facebook page, they started getting flooded with comments. One person wrote, “Whoever left this note should be found and publicly shamed. I don’t support the unnecessary wars the US has engaged in during the last 25 years or so, but I do support our troops. They put their lives on the line for us, and deserve our respect and thanks.”

Another comment said, “I am grateful for people like your son, that he/they are willing and ready to protect and defend this country. Many thanks to the families who give up their loved ones so we can have the freedoms that our forefathers wanted for us. God Bless America!”

Tami told FOX35 that their son, “wanted to make a difference in the world” by serving in the military. Lewis said he had a message for whoever wrote the awful note — one with a ver different tone. “If I could leave a note on their car, I’d probably say God bless you,” he said.

Watch the whole story in the video below!