This Cook Book Based On 50 Shades Is Amazing: Trussed Us!

With the recent release of the film version of 50 Shades Of Grey still fresh in the minds of Americans, the image of a trussed chicken takes on a whole new meaning. Many top chefs insist on trussing (or binding) their chickens before they roast them, while others prefer to literally punch their meat to break up muscle tissue and allow for even cooking. But is all of the trussing twine and tenderizing a bit creepy? Not at all according to our new favorite cookbook, Fifty Shades Of Chicken!

You can pick up a copy of the book here!

This parody of the now infamous novel by E.L. James is too great (the pseudonym the author uses is F.L. Fowler)! Just the table of contents alone is pure gold, with a section called “Birds Gone Wild: Advanced Techniques.” And for the bibliophiles out there, it even includes narrative from the chicken’s perspective, strange enough to fit right in as the fourth book in the Fifty Shades series. Here’s their promo video, which is not only creepy but also hilarious!

It’s important to understand the debate over trussing before you begin. The Slow Cook published a piece investigating the differences between a trussed chicken vs. a non-trussed chicken and found that it all depends on how you like your meat! But what exactly is trussing?

“Trussing” is a technique typically used when roasting a chicken in order to ensure the bird is cooked evenly. Even cooking is tough when one does not have a rotisserie handy, so by using twine to tie the appendages to the body of your poultry, as well as tying shut the openings at the neck, your meat will cook evenly and your meal will retain many of the flavorful juices released during roasting.

So that got us thinking why not try some of these recipes with some of our own!

Try these techniques out with our Herb Roasted Chicken Thighs!

Or our Apple And Herb Roasted Chicken! 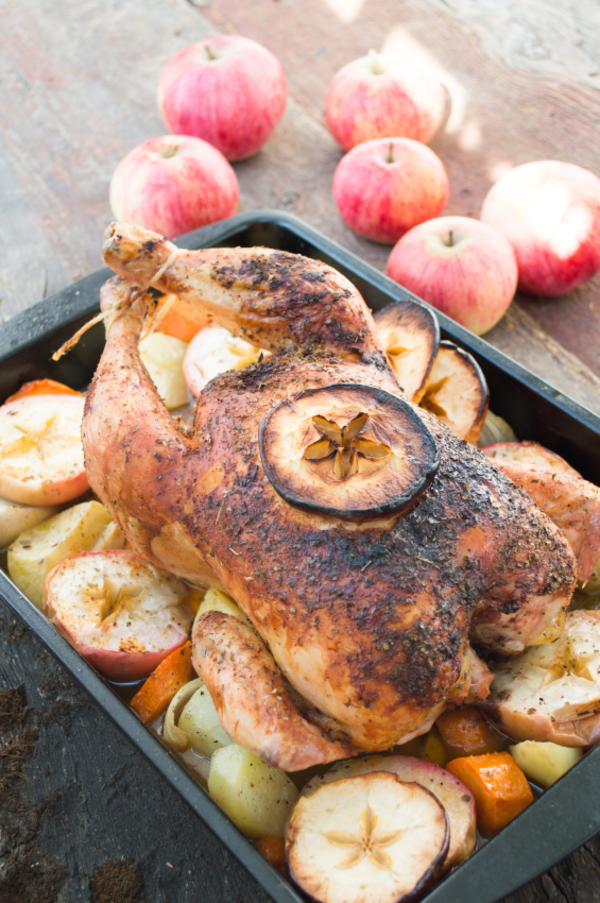 Let us know which is YOUR favorite shade of chicken!