These Just Might Be The Best Pierogi On Earth

We all can agree that the Polish pierogi rules! These delicious dumplings are often sauteed in onions and topped with chives or sour cream, and pack a flavorful punch! But one thing that hardcore pierogi lovers dream of is a member of this dumpling dynasty that doesn’t get a lot of play here in the United States: the meat filled pierogi!

This recipe is by no means a quick fix, but it is so much fun and the work involved is totally worth the pay off! The flavors at play are all so simple but effectively used. The marriage of onion, crushed peppercorn, and beef create an amazingly mouthwatering filling. The great thing about them, too, is that they’re easy to freeze and reheat later. Just make sure you let them fully thaw before you saute them! Don’t be afraid to show off after you’re done; we won’t hold it against you! 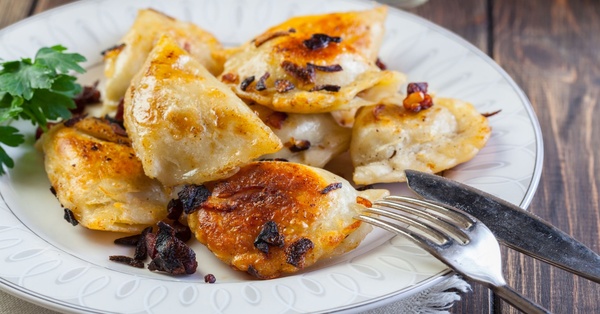 (makes about 1-2 dozen pierogi, depending on their size)