Now, THIS is one fun lip sync challenge!

Lip sync battles between police and fire departments have become online sensations, with viral videos sweeping across the nation. The fire department from Paris, Texas accepted their lip sync challenge and, with the help of some popular songs, produced one incredible video.

From wrecking balls to a dancing firehouse dog, these Paris firefighters really threw down the gauntlet when it comes to these lip sync battles. Not only is their lip syncing on point, they even bring out a purple tutu and a wrecking ball!

The tutus, wrecking balls, a really shiny axe, and the playful absurdity are enough to make us laugh, but to really take the challenge up a notch, the Paris FD pokes fun at their local police department in a friendly rivalry jest.

It’s clear to see that these firefighters, who are clearly an important part of keeping the people of Paris, Texas safe, are also willing to have a good time and show just how much they love their town and their jobs. Check out some of the responses to this lip sync challenge: 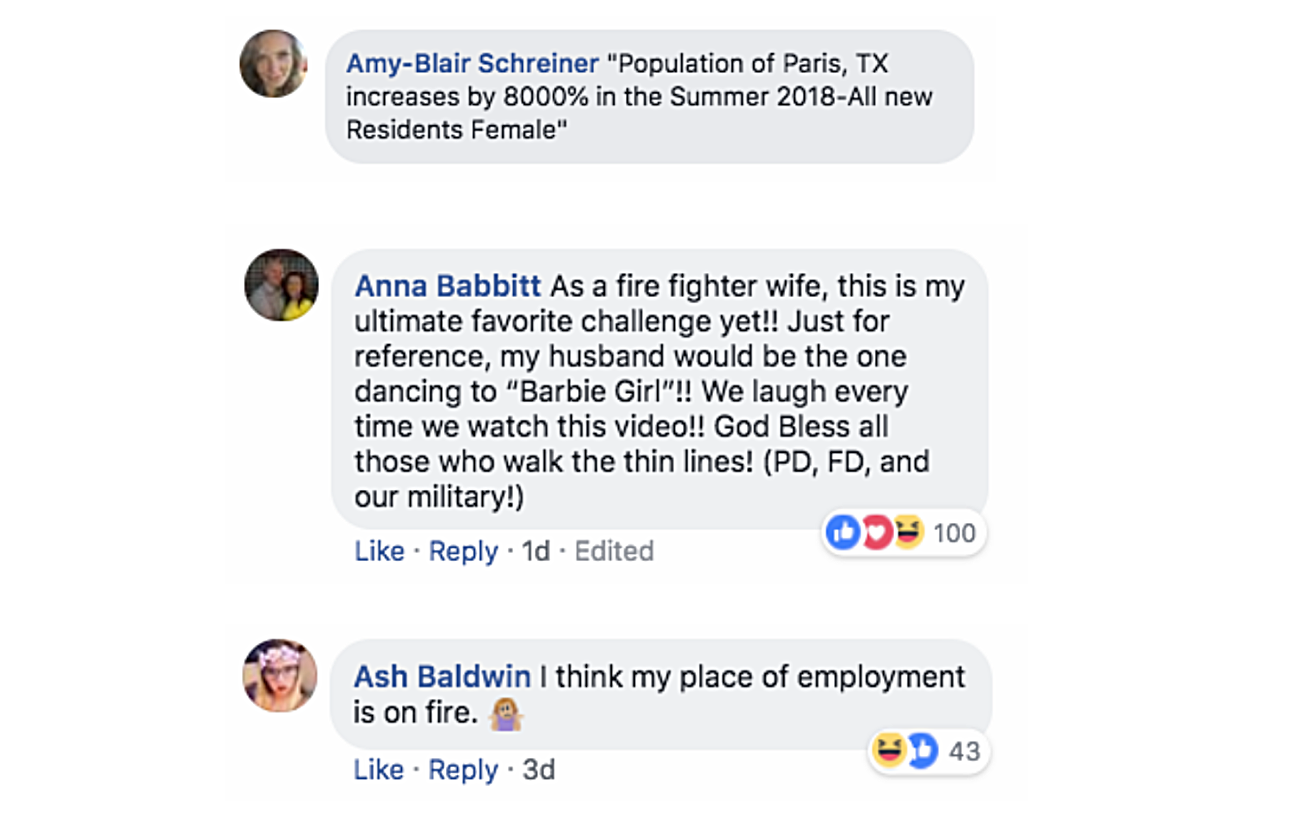 Thanks to these lip sync challenge videos, cities across the country are getting involved, and we get to have fun watching this creative rivalry unfold. What do Miley Cyrus, Allen Jackson, Imagine Dragons, Foo Fighters, Aqua, and Lil Wayne all have in common? They were all lucky enough to be featured in the Paris Fire Department’s lip sync battle video.