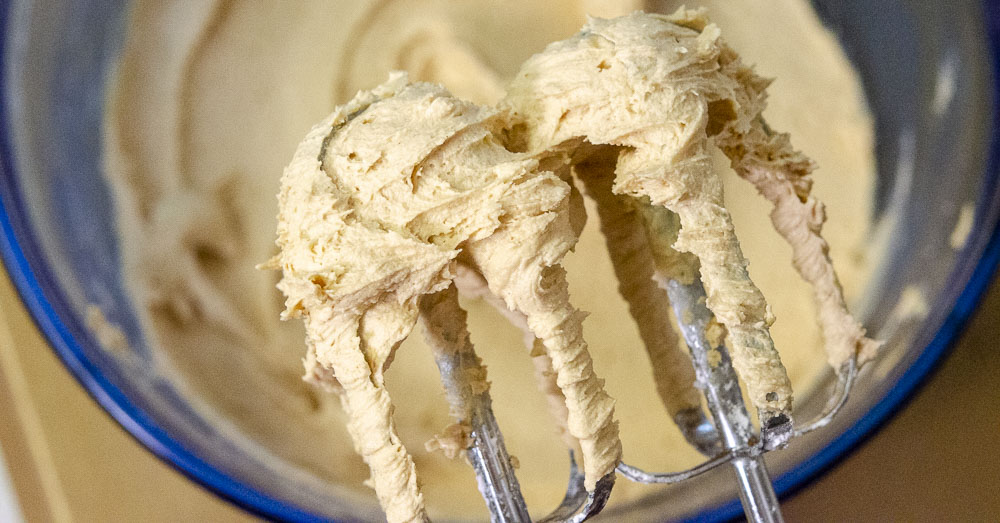 While chocolate and vanilla are certainly the most classic flavors, sometimes you want something other than classic. Sometimes you want something a little out of the ordinary, maybe something that’s a little nutty, a little sweet AND salty… Something like this Peanut Butter Frosting. Imagine peanut butter whipped up into an airier, creamier, sweeter concoction and you’ve got the right idea. This stuff is delicious and peanut butter lovers aren’t the only ones who will think so.

My favorite way to eat this is on a chocolate cupcake. It tastes like a peanut butter cup in cake form, more or less, and you will never convince me that that’s not the very best candy out there. I think what makes that possible is that this frosting really does taste like peanut butter — it’s not a vague hint of peanut butter or a mere suggestion of peanut butter — it’s clearly, straightforwardly peanut butter. But creamier and lighter and sweeter, so that eating a fair amount of it is in no way overwhelming.

It’s easy to make too. It’s pretty much the same process as a more basic buttercream — first you’ll cream the butter until it’s smooth, and then you add in some peanut butter, some heavy cream, some powdered sugar, and some vanilla and start beating.

Whip until it’s nice and fluffy — I like to give it about three minutes — and then you can adjust the texture by adding more powdered sugar or more cream. Put it on cupcakes, put it on cake, or if you’re anything like me, just go ahead and eat it straight off of the beaters.