Enjoying the food that we eat is more than enjoying the taste, it’s the entire experience. That is why you may see something on your plate that does not look appetizing and it instantly turns you from even wanting to try it. That is the case with meat rainbows.

There may be times when you see a slice of deli meat with an iridescent shimmer that looks similar to what you would see in a parking lot. This is what is generally referred to as a meat rainbow, and most people would not want it on their sandwich. Even though it may not look appetizing at first, physicist Dave McCowan from the University of Chicago tells The Takeout that you can eat them without worrying.

The splash of color that you see on a slice of pastrami or roast beef does not mean that it is spoiled and it is not a sign of added chemicals. It has to do with the way that they cut the meat. When meat is sliced ‘against the grain’ it means they are cutting through the fibers that make up the musculature of the meat. It causes the meat to be more tender, but it also leaves a grid of meat fibers that are evenly spaced. When the light reflects off of the surface, it leads to the effect known as diffraction. 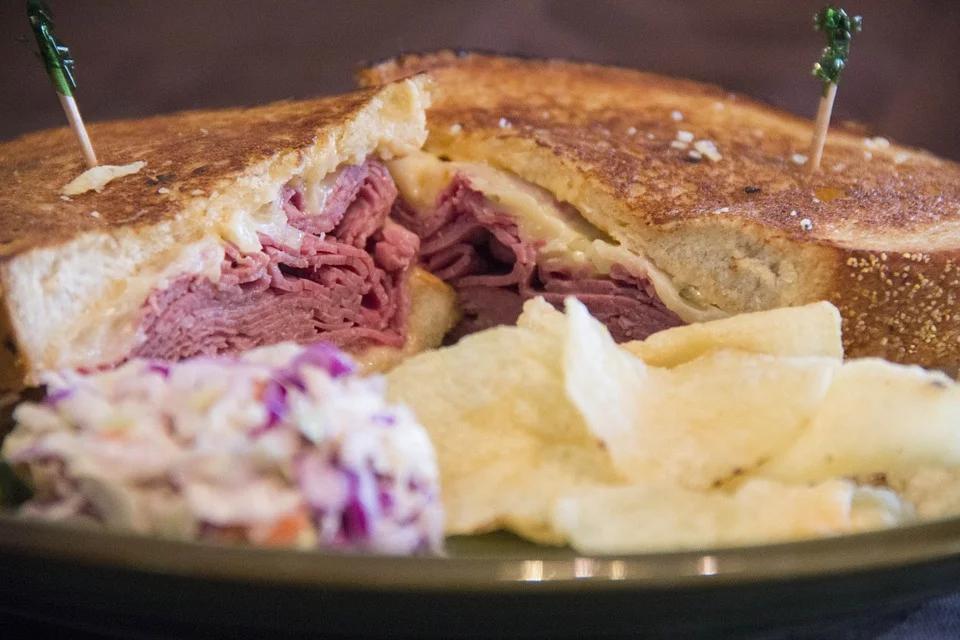 When the light is striking against the repeating pattern on the surface of the sliced meat, it leads to diffraction. White light bounces off the grooves in the meat and then separates into the different colors that are reflected back to the eye. Some of the colors are amplified, resulting in the pearlescent appearance. You can see a similar effect when you look at the back of a DVD or CD.

There may also be another reason why you see a meat rainbow and that is the thin layer of oil left on the surface of the meat. As light passes through the oil, it reflects in such a way that you see the rainbow appearance. It is a similar phenomenon that you would see with an oil slick or on the surface of a bubble.

At this point, you might be wondering why deli slices tend to create meat rainbows but you don’t see it on a raw cut. It has to do with the way the meat is cured. A raw cut of pork will not be as greasy as cured ham, for example, making it more likely to see the thin film and the effect from the surface. When you cure or cook meat, the muscle fibers tend to be closely packed together, creating the possibility for diffraction.

The color of the meat may also make a difference. It’s easier to see those iridescent colors on darker meats, such as pork or beef. You may have a meat rainbow on a slice of turkey from the deli but it’s less likely for you to notice it.