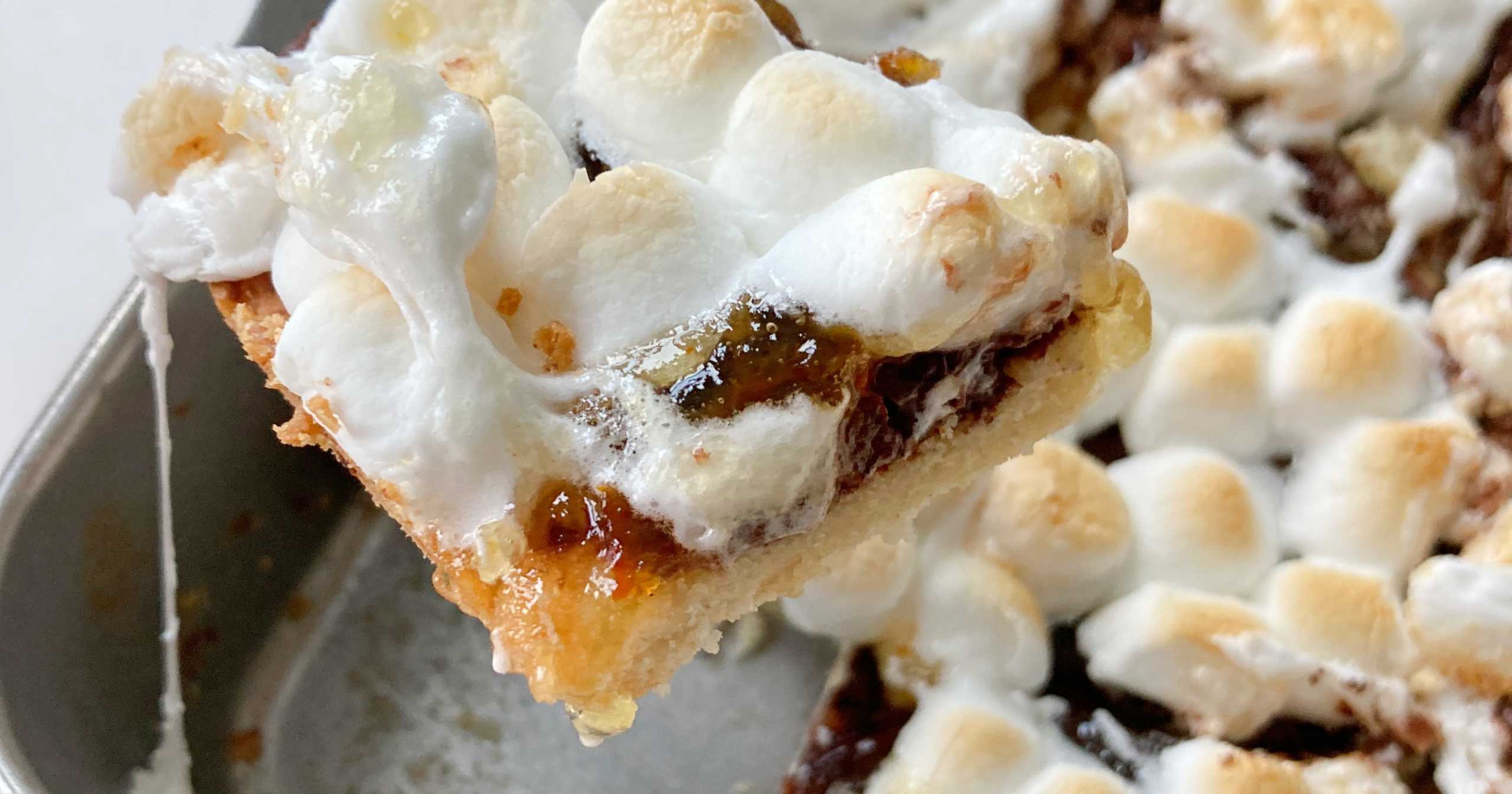 If there’s anything better than shortbread it might just be shortbread loaded with lots of goodies. These marshmallow shortbread bars have a crisp, buttery layer of shortbread on the bottom, followed by a layer of melted chocolate, then a layer of jam, and finally a layer of marshmallows browned to perfection in the broiler. This combination makes these a really special treat, one that is super satisfying to bite into.

To begin making this recipe you’ll make the shortbread layer. Unlike a Scottish shortbread, this dough is kind of soft and sticky. To avoid it clinging to your fingers you’ll need to wet your hands before working the dough to be level on the bottom of the pan.

Once your first layer is baked then you spread on some chocolate chips. These melt in the oven to become your chocolate layer.

The next layer is jam or jelly of your choice. I used orange marmalade here because I thought it would balance out the sweetness of the bar nicely- and it did! The marshmallows add a lot of sweetness to the bars which for me was too sweet when I used raspberry preserves.

You see, I had added my marshmallows and put the pan in the oven to get browned on top. Instead, the marshmallows burned in only about 2 minutes! So, learn from my mistakes here: set the pan on the center rack (not the top), set the broiler to low (not high), and only leave them in for about 60-90 seconds. As soon as you see them browning even a little take them out!

In my case it worked out well because in my do-over I was able to select a jam that was more to my taste. I could also see almond or peanut butter working really nicely instead of jam, too. This recipe is highly customizable to your palette and to what you have on hand in your cupboard which makes it an ideal treat to whip up on a whim. People will think you spent a lot more time and effort on this recipe than you actually did!

For the shortbread base: