Tammy Graves, the founder of pet rescue organization The Haley Graves Foundation, was visiting the shelter when she spotted June Cash.

June, who was originally thought to be a “Johnny,” was cowering in the corner of her kennel. She was clearly terrified and completely dejected.

Graves knew she had to do something, so she rescued June from the shelter and immediately brought her to the vet.

June was found to have a severe heart worm infection and was sadly showing signs of past abuse. They nursed her back to health and soon enough, June began her recovery process at a wonderful foster home. 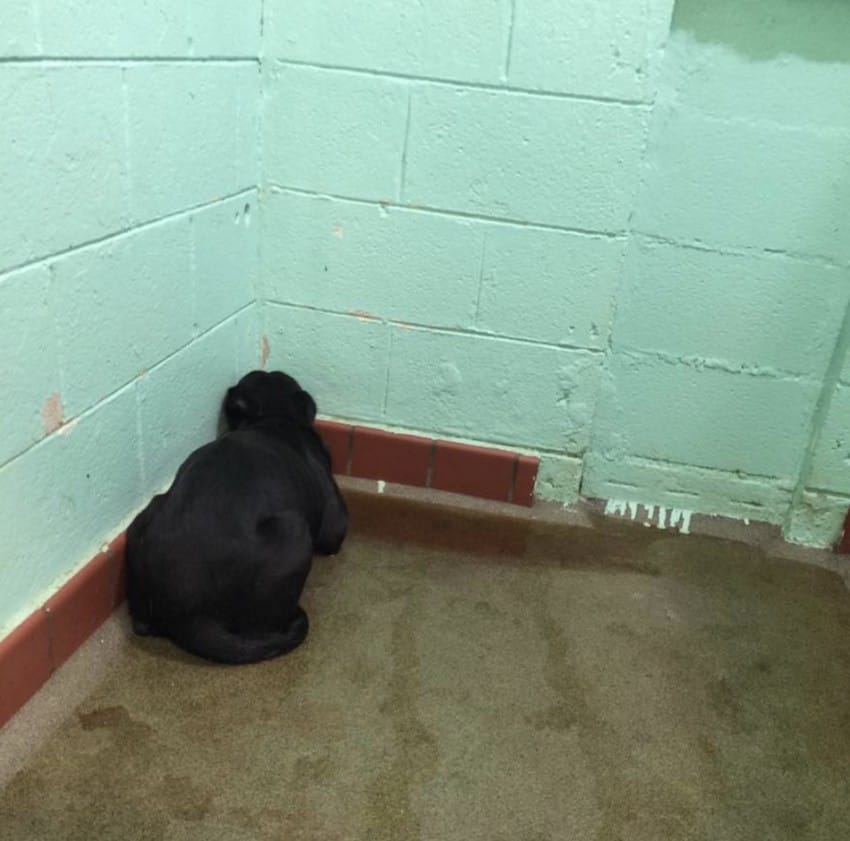 She started to slowly come out of her shell and will even approach her foster dad now.

This week, June was officially put up for adoption and is looking for an amazing home to take her in and give her the love she’s been missing.

Tammy Graves, founder of the pet rescue organization The Haley Graves Foundation, was at a local shelter when she came across June Cash. Graves was so upset by the dog’s demeanor – she wouldn’t turn away from the wall – that she posted about it on her Facebook page. 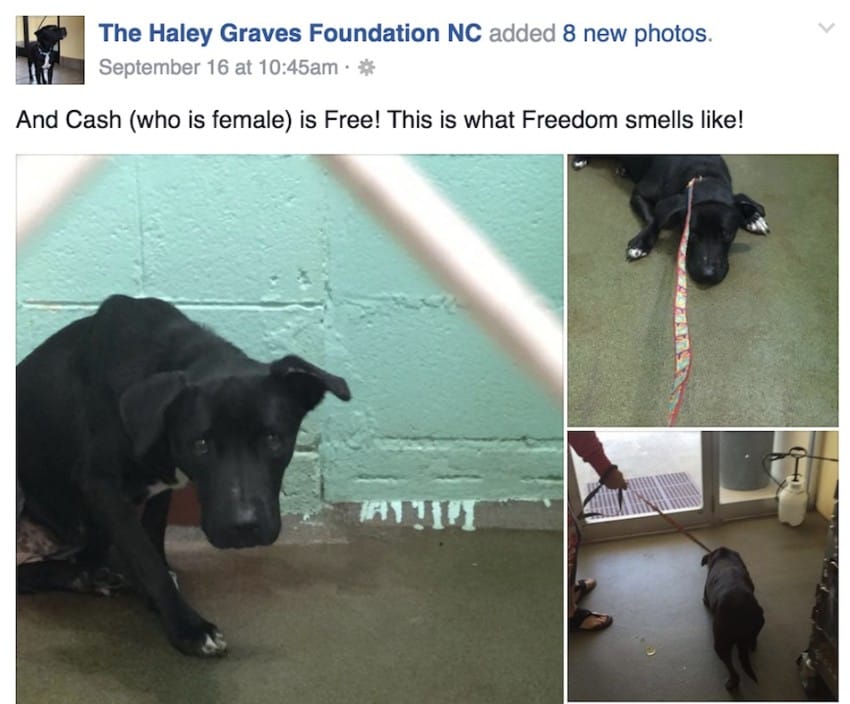 Graves was sure to include a photo of June to show just how dejected the poor animal was. After requests from friends, Graves made the post available to the public as a way of spreading June’s story.

Soon after seeing June, Graves went back to the shelter and rescued her. She spent some time at the vet where they treated her for a severe heart worm infection and also found signs of past abuse. The dog was taken into a foster home. 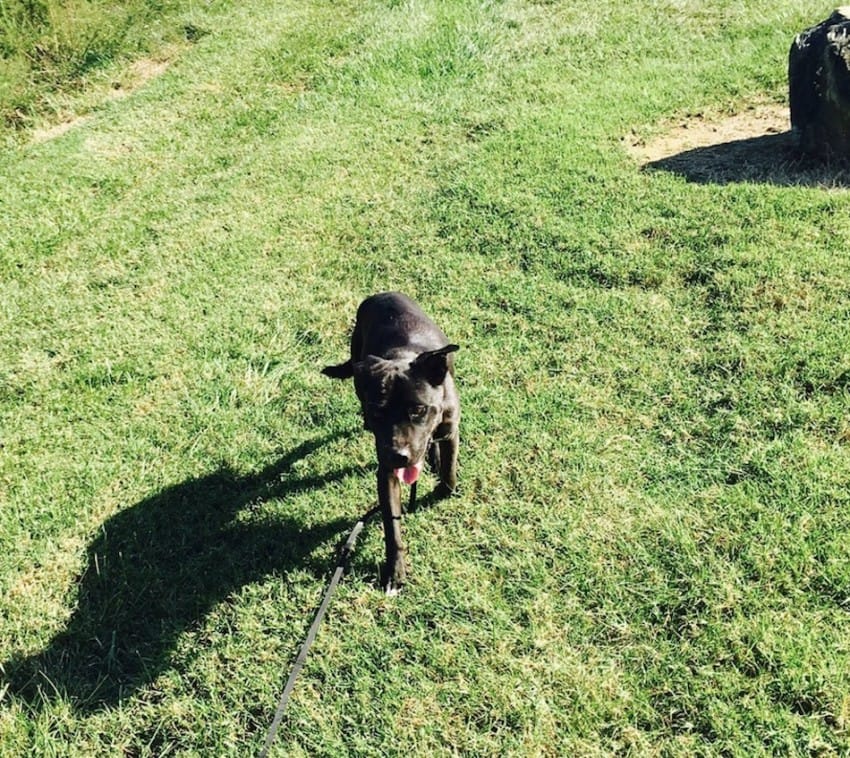 Her foster parents were able to begin her physical and mental recovery process, and she began approaching her new dad with her tail wagging and was more comfortable with physical contact. And, judging from this photo, she also seemed to be loving her walks! 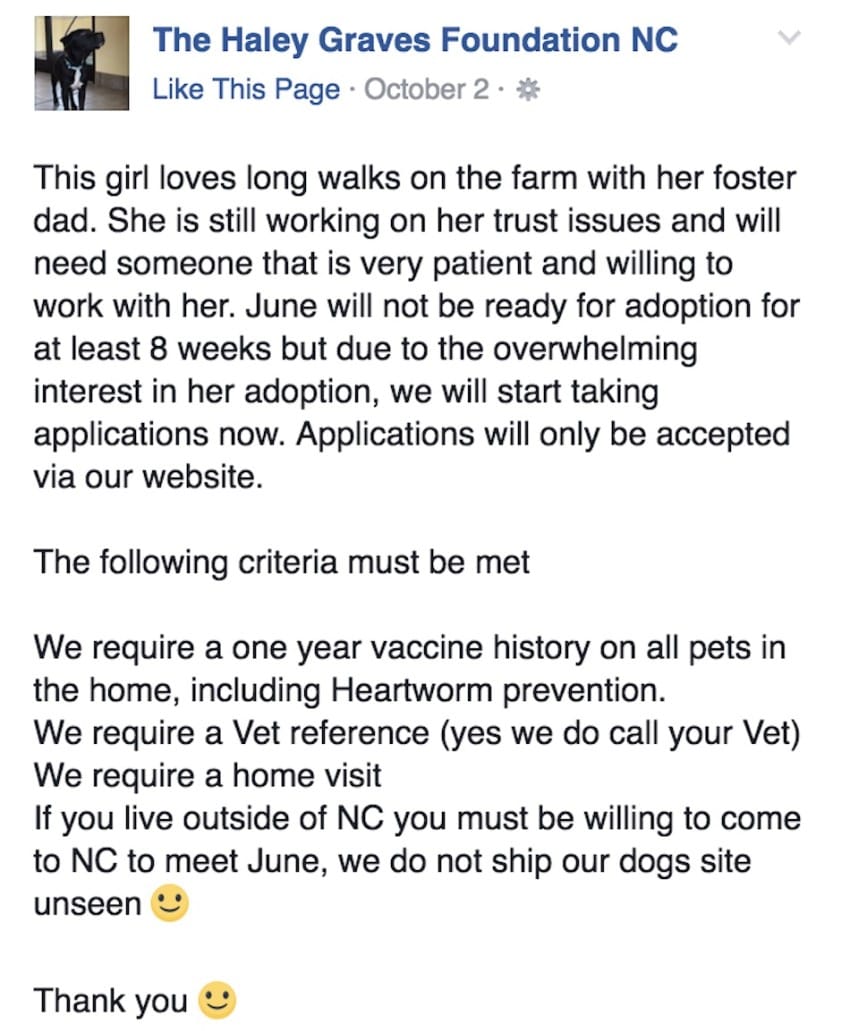 This week June went up for adoption. If you’re interested in taking her home, be sure to fill out the adoption form on The Haley Grave Foundation’s website.

Watch the touching story below!