Every day, police officers work to protect and serve their communities all over the world.

While we often think of cops as being the guys who we call in an emergency, its also the small, simple acts of kindness they perform that truly make them public servants.

Two officers from Tukwila, Washington, have recently made national headlines, all without ever giving out their identities. The Tukwila Police Department shared a brief story of how two officers happened to see a child running through a park with torn, dirty socks and a gash on the bottom of his foot.

The two cops took one look at the child and knew they needed to help, so they intervened in the most beautiful way.

“Sooo…Sergeant Modest and Officer Bashful (names have been changed to protect their bashfulness) were patrolling on foot at Cascade View Park yesterday afternoon. They came across this guy running around in torn dirty socks and bleeding from a decent sized cut on the bottom of his foot. The sergeant cleaned up and patched his foot with his first aid kit. When asked where his shoes were, their new friend told them that he didn’t have any shoes because the pair he had was too small for his feet to fit in.” 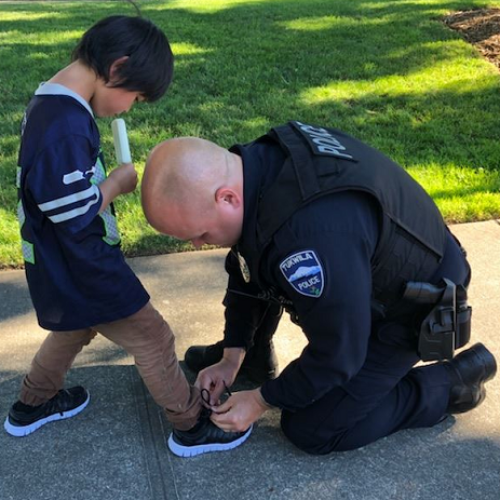 “The sergeant ran out and grabbed a pair of shoes for him while the officer kept him and his friends company. He came back with not only a pair of shoes, but also with a bunch of popsicles because what isn’t better than a cold popsicle on a hot summer day?! The officer helped to tie his new friend’s shoes and they all enjoyed a popsicle together before parting ways.” 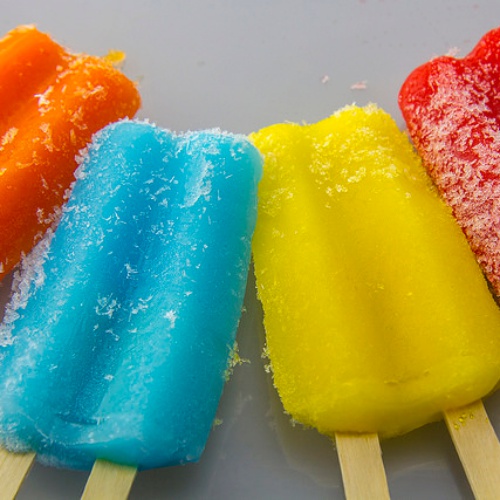 We love a story with a sweet ending!

After the story hit Facebook, people were so moved that the post went viral with thousands of likes and shares. The Tukwila PD was so thrilled with the outpouring of support, they posted this touching reply:

“What our officers did is no different than what officers do daily all over the country. It is representative of the small acts of kindness that occur daily between police officers and members of the communities that they serve nationwide. A small gesture such as this one or the countless other gestures of kindness that officers do daily goes a long way towards building rapport and trust with every member of the community regardless of their socioeconomic status.”

Great work, Officers “Modest” and “Bashful!” Thank you for all that you do to keep us safe and happy.

Please share this story to thank the men and women in law enforcement who risk their lives for ours every day.