A Pictorial History Of The Hoosier Cabinet (9 Photos)

Late 1800s and early 1900s houses rarely had built-in cabinetry, and as family size began to grow, the kitchen was increasingly becoming one of the most important rooms in the house. A movement started in the late 1800’s to set forth a new standard of an “Efficiency Kitchen” that would make it easier to manage the additional kitchen “stuff”.

In addition, as women became more involved in civic and local life, they sought to spend less time in the kitchen and to keep things as clean and organized as possible. It’s no surprise that a new industry built up around this! 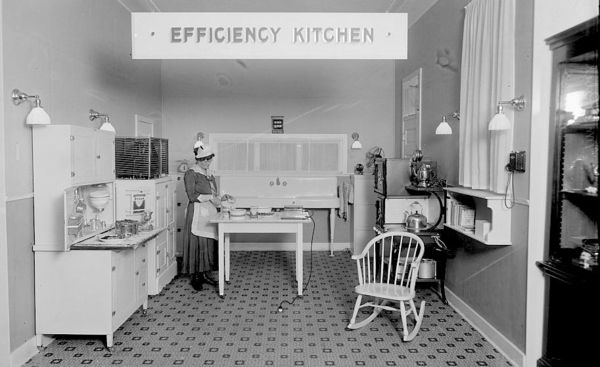 This photo from 1917 shows a display of an Efficiency Kitchen, with a new type of cabinet on the left. 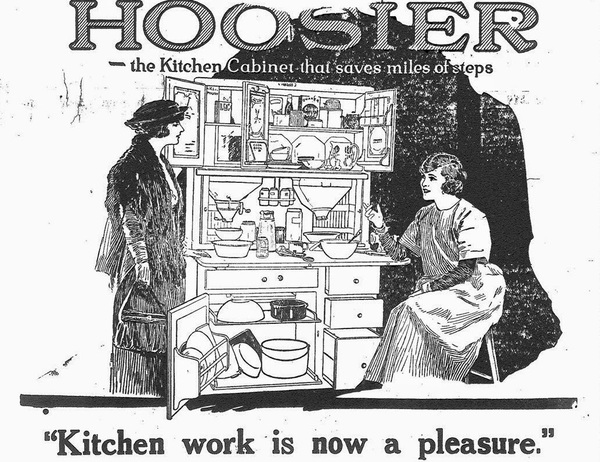 The Hoosier Manufacturing Company was incorporated in 1899 in New Castle, Indiana. Their President, John M. Maring, anticipated this move to “Efficiency” in the household, and he sought to build a new type of cabinet. Their idea was to take the traditional baker’s cabinet and re-arrange its components (and add some new ones) to make a kind of one-stop-shop for everything kitchen-related.

Their new invention was a well-organized, compact cabinet that provided a place for everything ranging from salt shakers to mixing bowls and also a handful of key tools like a built-in flour sifter! The idea caught on and the brand was sold as making kitchen work “a pleasure” and also the cabinet “that saves a thousand steps!” 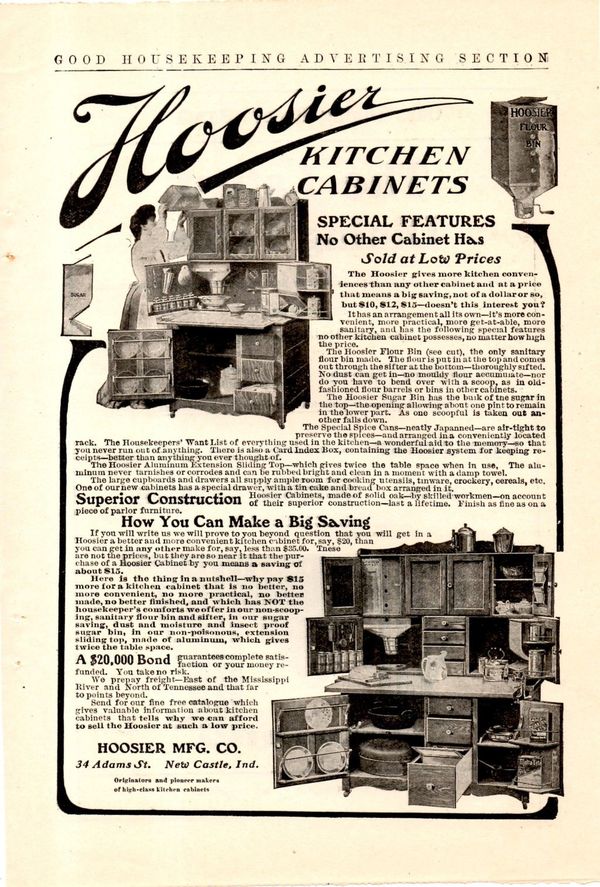 This 1906 ad from Good Housekeeping shows an early version of the cabinet before the marketing caught on. The text reads: “It has an arrangement all its own – it’s more convenient, more practical, more get-at-able, more sanitary, and has special features no other cabinet possesses, no matter how high the cost.”

Click the NEXT PAGE button for more great Hoosiers!