When Indria Tuckler bought some rope toys for her dogs, she had no idea that they would cause the death of one of her beloved pets.

Buying toys for our pets is a common and loving thing to do. When our fur babies spot a new toy, their eyes light up, their tails start thumping, and it’s obvious they can’t wait to play. Toys can turn even the eldest of dogs back into puppies, even if just for a moment. It’s the sweetest.

Tuckler bought a few sturdy-seeming rope toys made specifically for dogs from HomeGoods, a reputable store. She assumed that they would be safe for her dogs to play with.

However, they didn’t last long. In the space of a day, all the toys were torn apart, leaving lengthy rope shreds all over her house. Tuckler immediately gathered the pieces and threw them into the trash.

But Sam, her 14-month-old Golden retriever, had already swallowed parts of the rope, and it severely damaged her intestines.

She died a couple of days later. 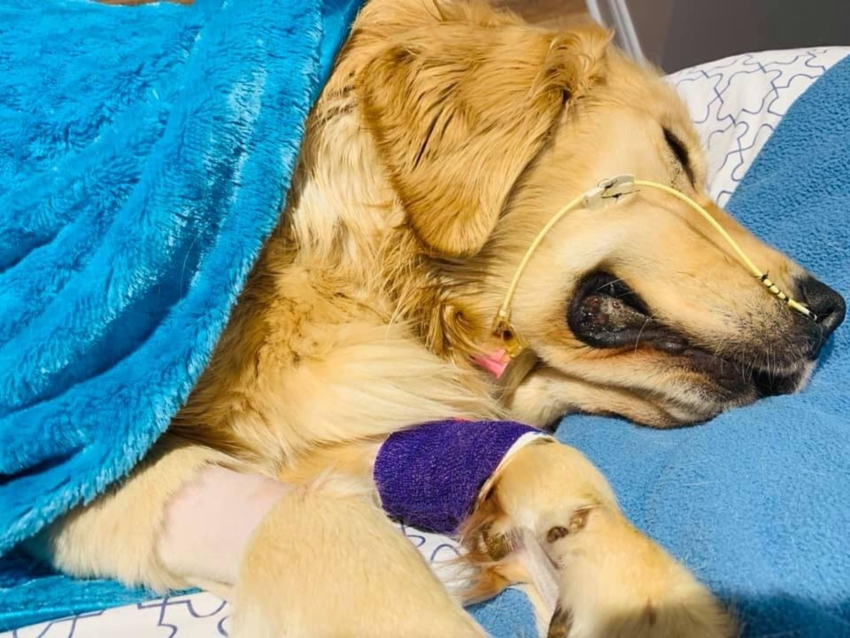 “The ball unraveled and tore several holes in her intestines as she tried to pass it,” Tuckler wrote in a post she shared to the Facebook group Vizsla Dog Lovers. “They removed 3 feet of rope that was entangled in her intestines. They also removed 14 inches of perforated intestines. The damage from the rope was so extensive that she passed away two days later. We did not even have the option of having another surgery. She quickly became septic and bled from her intestines into her stomach.”

Tuckler made a choice that countless pet parents have made. She thought she was giving her puppy a tough, fun toy that would make her happy. Instead, it cost her her life.

Now she’s sharing her heartbreaking story so other families are aware of the dangers in some dog toys. 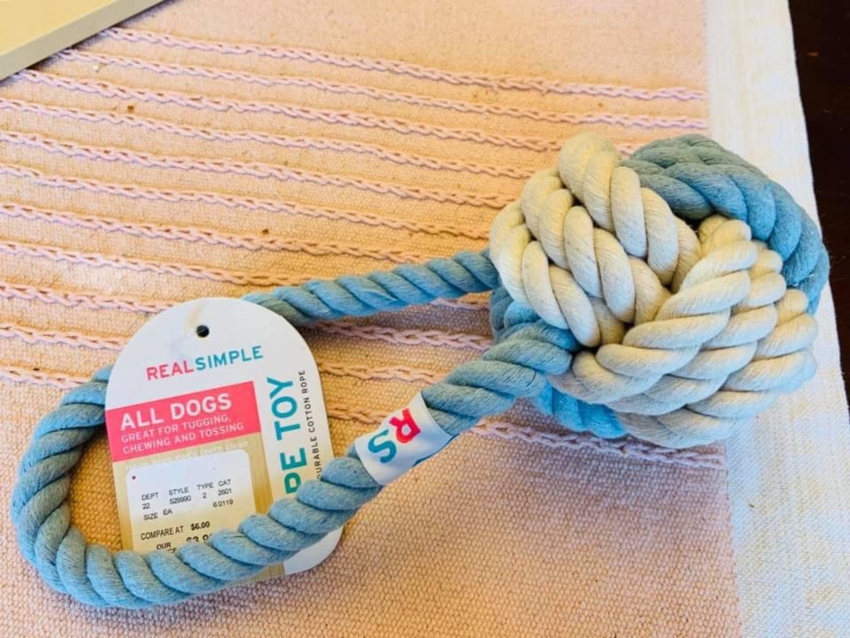 “Linear objects pose more danger because they travel along the intestines causing more damage as they clinch the intestines into a tight ball,” she explained in her post. “According to an article posted by Germantown Veterinary Clinic ‘Ropes are the most dangerous objects your dog can swallow’!!”

The “Real Simple” toy she bought is sold at many different reputable stores, including Petsmart, Petco, Homegoods, Marshall’s and TJ Maxx.

The symptoms from ingesting the toys include diarrhea, drinking excessive amounts of water, loss of appetite, and vomiting, all of which can be easily confused for an upset stomach or even parasites.

Rope is very difficult to see in an x-ray or ultrasound, and so the only real way to identify it is through surgery, which is what Sam had. Unfortunately, the damage to Sam’s insides were too extensive for her to survive. 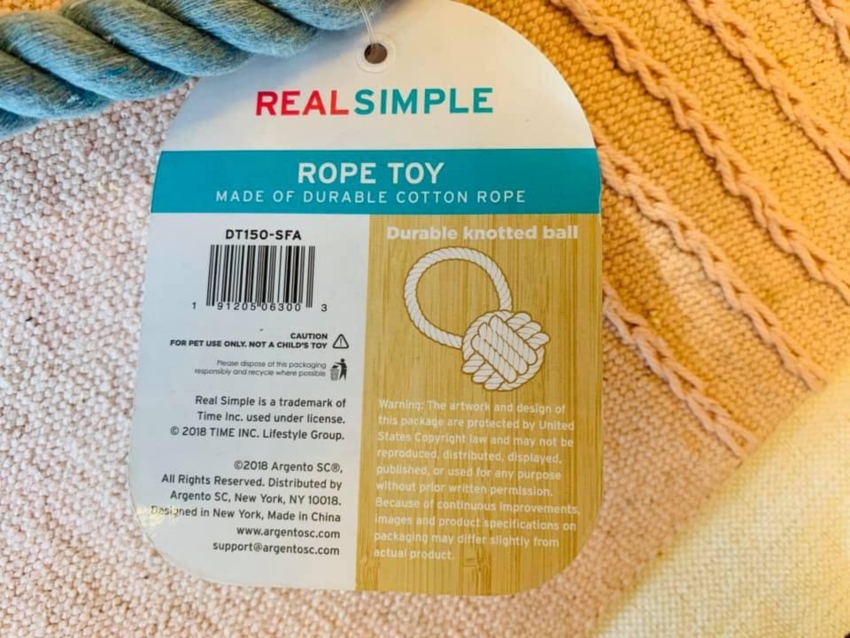 “This was a senseless and avoidable death,” Tuckler wrote. “These items should not be sold for dogs. I believe there is power in numbers and if we can share Sams story maybe we can save a dogs life.”

The same could be true for cats. A cat could easily swallow thin rope or string and be put in the same type of dangerous situation.

Share this story so that other pet owners are aware of the potential dangers of these types of toys.