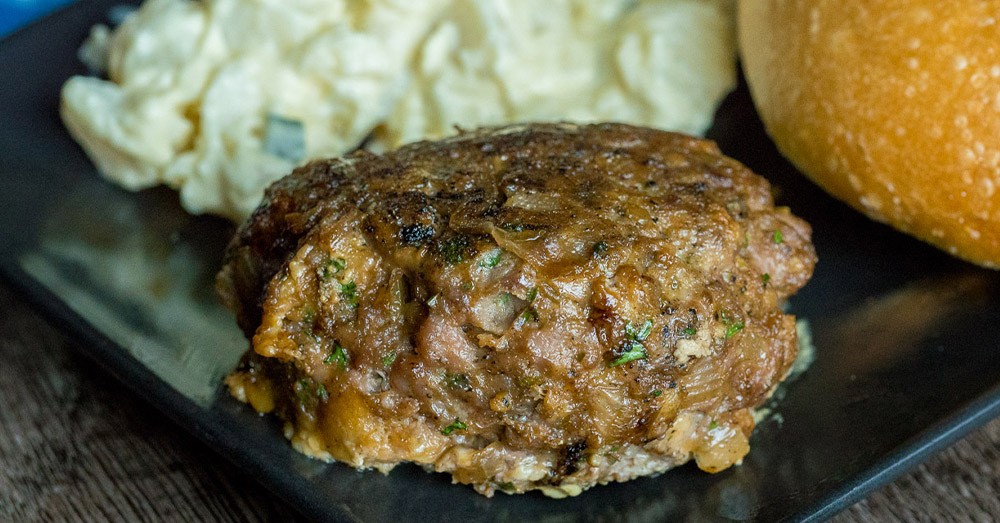 These are versatile and so yummy.

For centuries people in Germany and beyond have been enjoying frikadellen. Something between meatballs and hamburgers, this delicacy first rose to prominence in Germany during the 1700s. They are not only eaten in Germany, but also in Poland and throughout Scandinavia.

These meat patties can be eaten like burgers on rolls or like meatballs, usually served with potato salad or a cabbage dish. The flavorful and versatile frikadellen is traditionally also eaten cold on picnics, owing to their convenient shape and size for sandwiches.

To make this recipe you’ll need a half pound each of ground pork and ground beef. For the latter 80% lean is recommended. You’ll also need a generous amount of spices for this recipe. Spiced meat has long been a tradition in Europe as it not only adds flavor but in centuries past helped to preserve meat (and to disguise meat that had already gone off a bit).

These frikadellen have garlic and parsley, but also contain black pepper, dijon mustard, dried oregano, paprika, ground ginger, ground mace, and ground coriander. Together the spices create a rounded flavor with just enough complexity to be interesting without overpowering the pork and beef.

The other thing that makes these meat patties extra special is the addition of sautéd onions in with the meat. This brings that wonderful sweet onion flavor to the dish.

Like many hamburger and meatball recipes the meat is held together with the addition of bread. This recipe calls for stale bread to be torn into small pieces and then soaked in milk for extra flavor and moisture in the final result. However, you’ll want to make sure to squeeze as much of the excess milk from the bread as possible before adding it to the meat. The reason is that these patties can quickly become too moist and if that happens they won’t hold together as well.

Once you have everything mixed together then it’s time to form the frikadellen. The shape should be not too round and not too flat. This way you can serve them either as meatballs or on rolls. Refrigerate the frikadellen for 30 minutes so that they have a chance to firm up before cooking.

The last step is to fry these puppies up. First you’ll brown them on each side and then continue cooking until they reach an internal temperature of 160˚. Once they are done serve however you’d like, but we can tell you these frikadellen are particularly phenomenal on potato rolls with a little bit of mustard.