The Evolution Of Kitchens In 28 Photos

We LOVE photos of old kitchens, but from 1860-1900, there are precious few available. This got us wondering why, which led to exploring how kitchens have evolved over time. The following 28 photos and illustrations give a quick history of how the kitchen evolved from 1860-1970. We hope you enjoy!

The notion of a ‘kitchen’ came about due to a book by Catherine Beecher and her sister, Harriet Beecher Stowe. In 1869, the two sisters published a revised version of The American Woman’s Home. Among its many ideas were an initial layout for a kitchen as well as a set of sketches for how various goods and ingredients could be stored in an efficient manner. 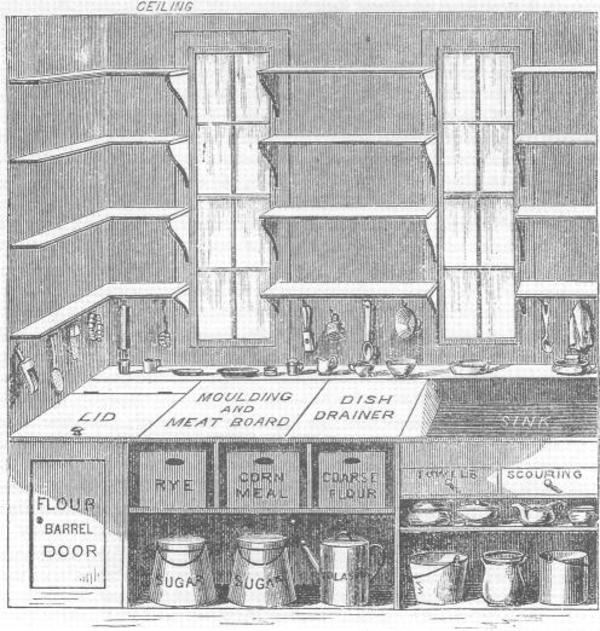 Catharine Beecher’s design for kitchen efficiency started with ergonomics to make storage and retrieval easier. This was a revolutionary concept at the time, and didn’t take hold for many years to come, however!

This 1874 lithograph shows how an early kitchen functioned in a wealthy home. This was an atypical setup, as you see running water and a hybrid fireplace/oven in place. Indeed, during most of the 1800s, there simply weren’t kitchens in the home, but rather the fireplace hearth was the center of all cooking. However, when cast iron stoves became available in the 1850’s, this separated the notion of a ‘living room’ off and the stove became the cooking spot. 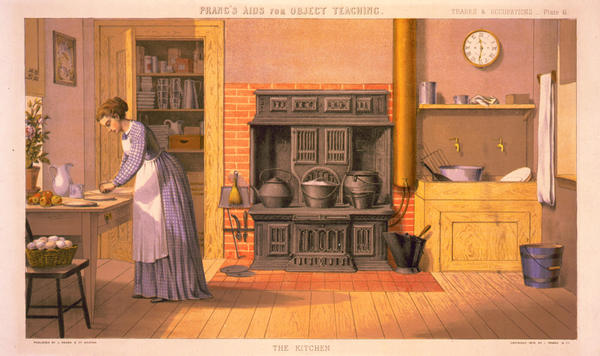 The following photos show how the cast iron stove (and cast iron kettles, pans, etc.) became the center of what would eventually become known as the kitchen. This amazing photo from the BiblioArchives in Canada shows the interior 54 Main Street in Ottawa, residence of James Ballantyne. Here we see how the sitting area has already been separated and some primitive storage of ingredients and kitchen tools began to have their own space. 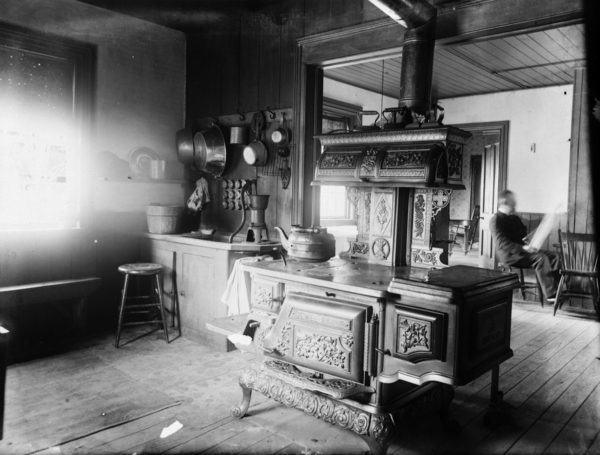 Here’s an early photo from the late 1890s of a Niagara Stove Co Stove set up in the kitchen. This photo is interesting as it marks the first time we see a stove set against a wall with the pipe going up along it. At this point, the stove morphed from a dual cooking/heating source to something reserved for cooking. 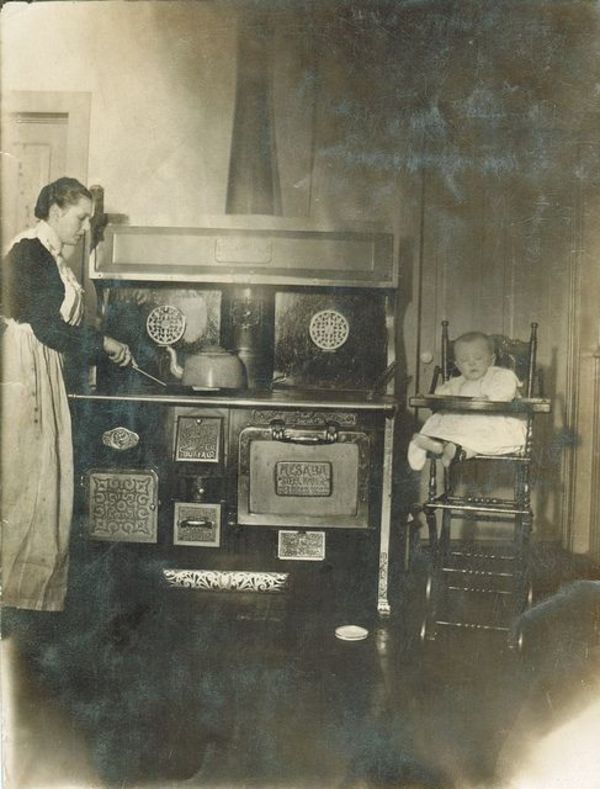 This early photo shows the inner workings of the stoves, which evolved quite a bit around this time. 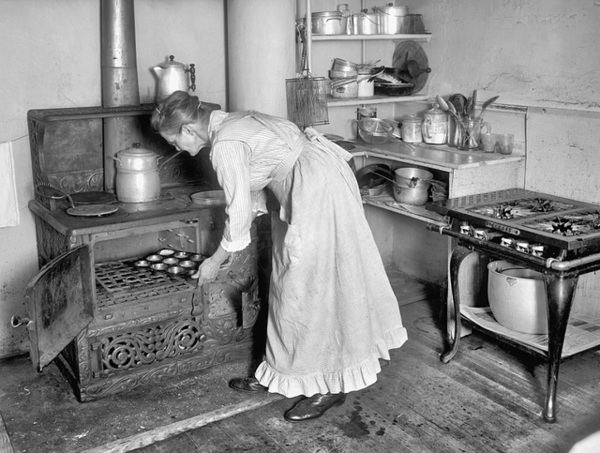 Click the Next Page button to see more great kitchens!