92 Military K9s Are Coming Home After Serving In Afghanistan 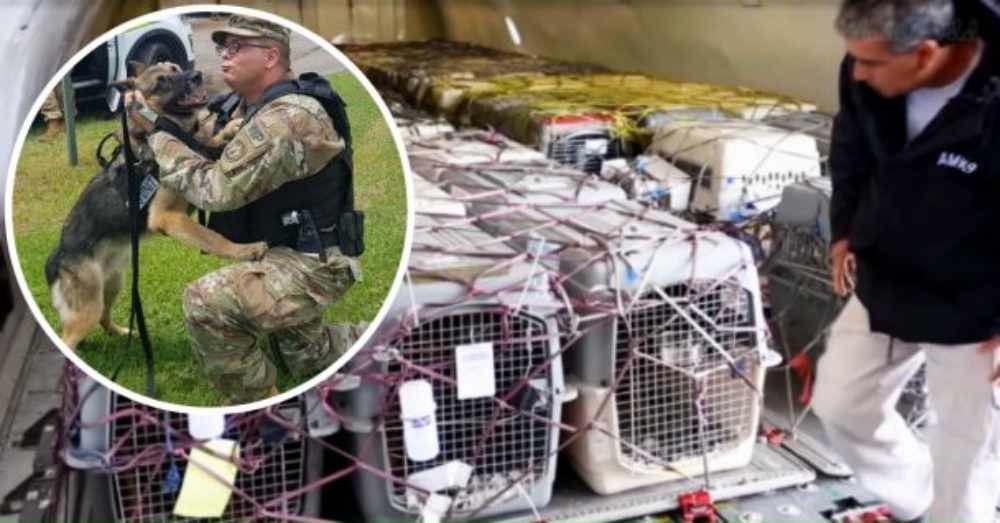 Dogs are truly a man’s best friend for many reasons. One of those reasons is because some of our best friends are also involved in our nation’s military serving our country. And many of themm are finally coming home from serving in Afghanistan! 92 of them to be exact. Our military K9s work alongside human service members and are highly trained in bomb, weapon, drug, and dangerous gas detection.

AMK9 is one of the leading providers with K9 Detection Services, meaning that not only do they provide K9s for military-based services but they also care for the dogs when they return! 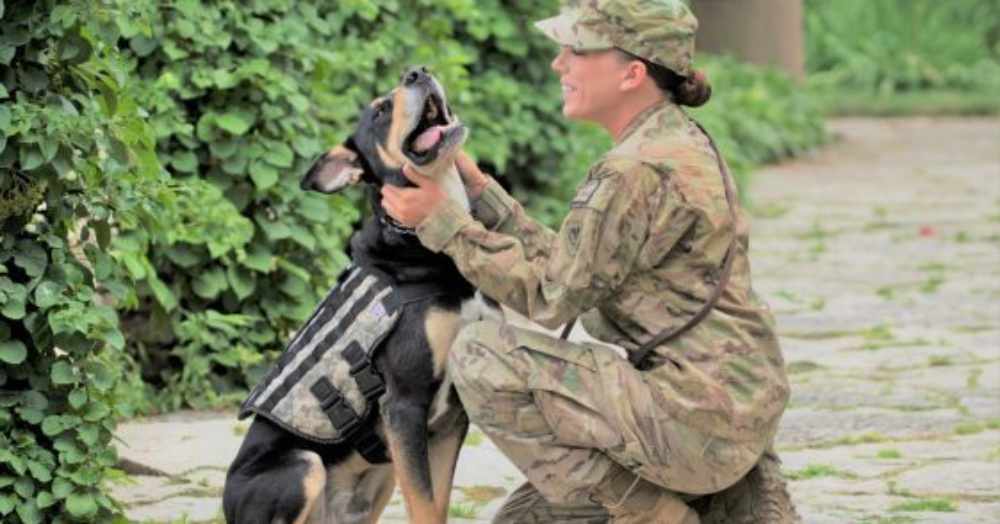 The U.S. Government recently reached out to AMK9 to bring home 92 military dogs who have completed their deployments over in Afghanistan. AMK9 provided the utmost professional care, crates, food, water, bathroom breaks, airport transports, and veterinarians to ensure the dogs’ well-being coming home.

Guy Owens, VP of Operations at AMK9, explains what will happen with the dogs after they return home. “A lot of them are coming back to be adopted, to go to homes where they’ll spend the rest of their days enjoying life, and that’s a good thing,” he says. 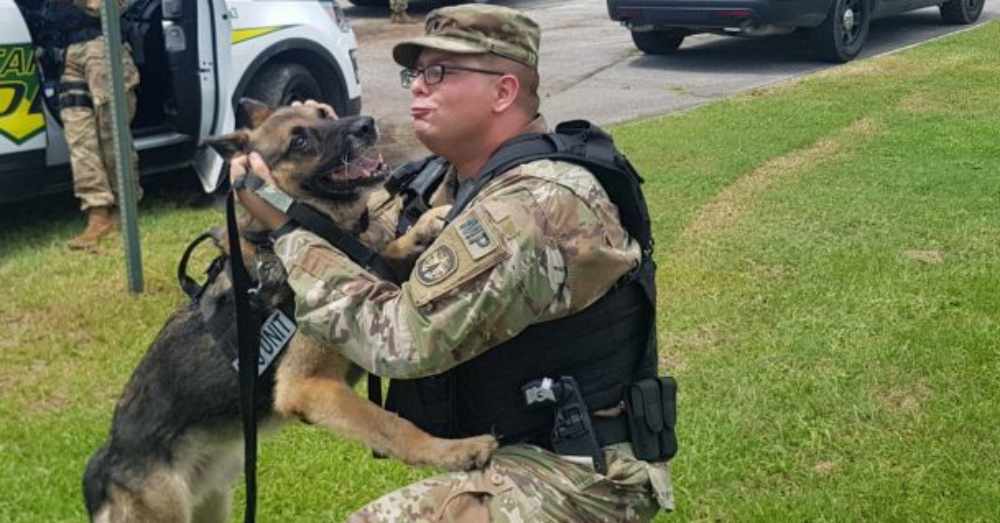 In addition to coming back home to be adopted, many of these brave war hero canines end up being adopted by the human service member that they worked alongside. This is because the two end up spending so much time together and rely so heavily on one another. They form this deep connection that just can’t be severed.

The AMK9 Coming Home documentary details exactly what goes into the logistics of bringing these military dogs home safely, and staff from the company say that it’s a challenging but rewarding process. 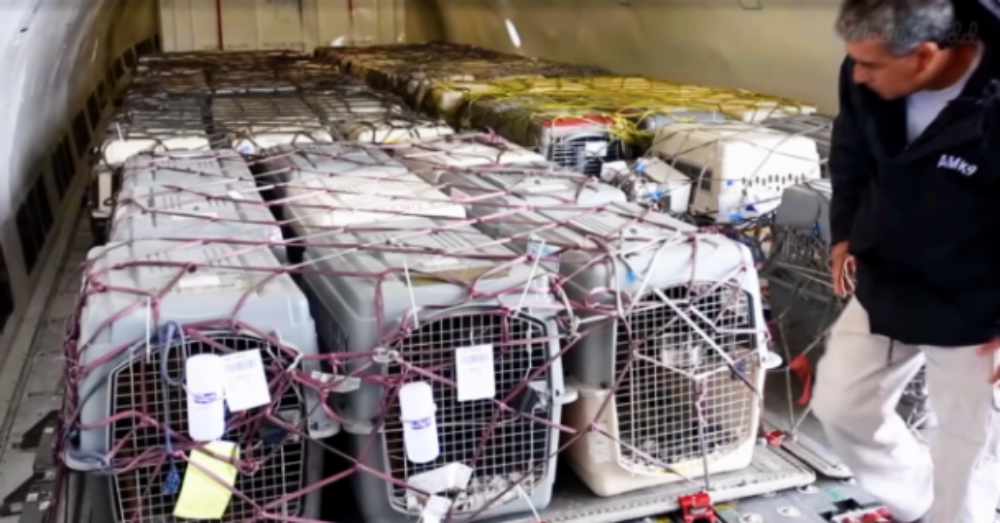 Tisha Mullen, the Logistics and Procurement Manager over at AMK9, explains how heartwarming it is to be able to bring these dogs safely back home. “Four dogs is a huge accomplishment,” she explains, “When you move 92? It absolutely changes the entire scope.”

President/COO-AMK9, Jon Wertjes, says that many of the war heroes that have returned home have already signed onto a new contract overseas and are ready to serve our nation once more. They are true heroes! 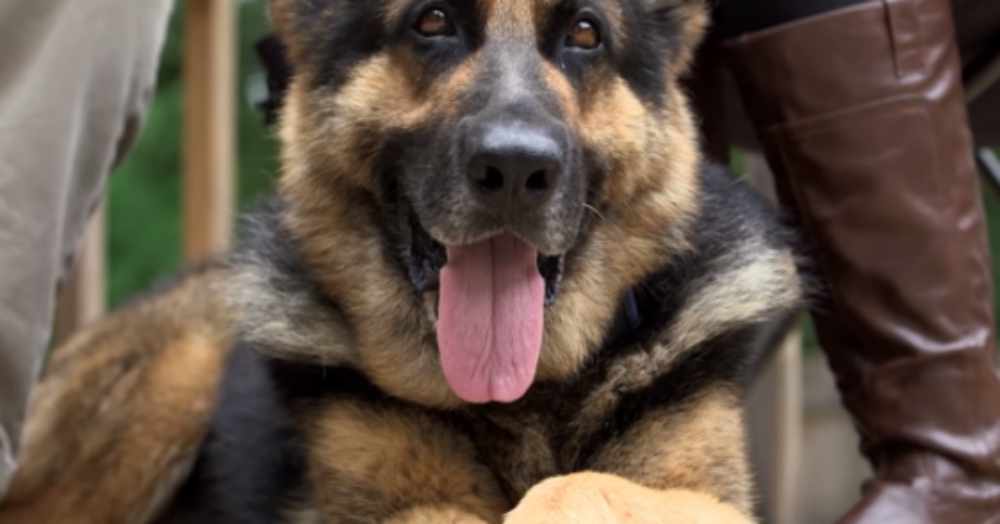 Please SHARE this article in honor of our nation’s military, including our lovable military K9s and their commitment to keeping us all safe!

Check out the full Coming Home documentary by AMK9 below:

Soldier Reduced To Weeping As American Flag Is Placed Over His Former K9 Partner’s Body: Click “Next Page” below!