When it comes to absolutely heavenly desserts, the chocolate souffle has to rank at the top. It’s light, fluffy, and just the right amount of sweet. Many cooks may be a little afraid of trying a souffle, however. They have a reputation for being temperamental and collapsing in on themselves, but actually with a little attention a souffle can be fairly easy to make.

To achieve the volume necessary in a great souffle, work the egg yolks and the whites separately. The yolk will be the rich base, and then after you fold in egg whites that have been whipped to perfection and are holding stiff peaks. Some chocolate souffle recipes call for milk in the base, but we found that muted the chocolate flavor. Instead, we just used more chocolate and reduced the amount of butter. As a fan of chocolate oranges, I also couldn’t resist adding in a little orange liqueur to enhance the flavor. Keep reading below for our favorite chocolate souffle recipe… 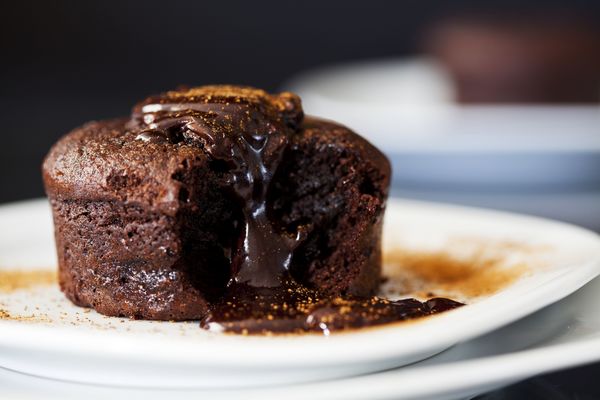