Faux Or Not, This Pho Is Just What The Doctor Ordered 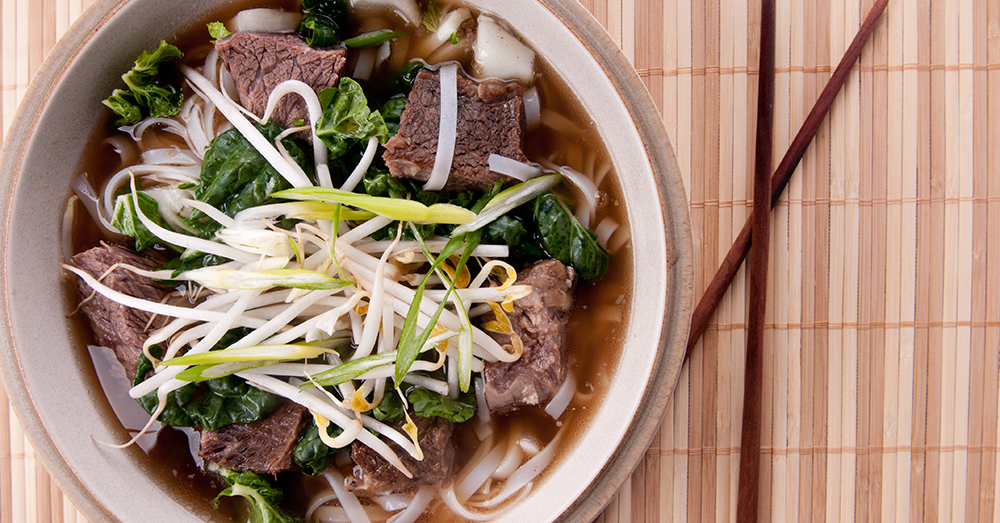 Looking to try something different to spice up your weeknight dinner routine? Try pho, a popular Vietnamese soup containing a savory broth, rice noodles, meat and fragrant herbs. This noodle soup originated in northern Vietnam during the early 20th century and is now found on menus around the world. Make it for dinner tonight and you’ll see why!

Although the broth to this comforting soup is traditionally made by simmering bones and spices for hours, this recipe offers a shortcut without sacrificing flavor. Savory beef broth, fresh ginger, spices and herbs create a delicious soup in a quarter of the time. While this recipe calls for rice noodles, ramen can be used to make things even easier. Serve this faux pho to take your family’s taste buds on a trip to Southeast Asia!