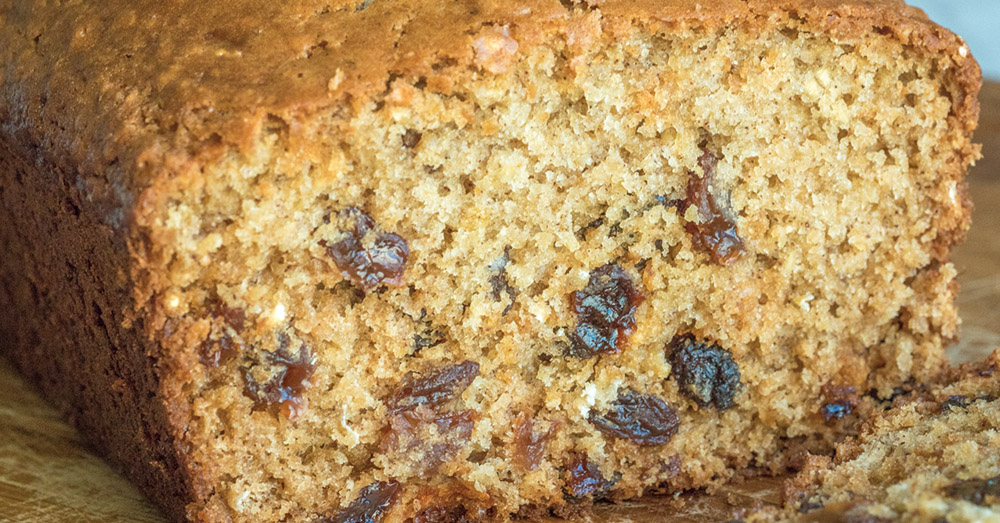 If you took an oatmeal raisin cookie and transformed it into a loaf, you’d get this easy Cinnamon Raisin Oatmeal Quick Bread. It’s as easy as banana bread to make (no yeast involved!) but with a chewier cinnamon-spiced bite. There’s a whole world of quick bread out there, so there’s no need to let banana bread become your one and only. This bread is just as deserving of the limelight, and it works as both a breakfast and a sweet snack.

While this bread doesn’t do the job of using up a bunch of bananas that have been languishing on your counter a little too long, it does rely on mostly pantry ingredients, so it’s easy to throw together whenever the mood strikes. There are the baking standards like flour, sugar, baking powder, salt… but there’s also quick-cooking oats and cinnamon and dried raisins in the mix.

The quick-cooking oats add a nice texture to the bread but don’t make it feel overly “whole grain” like regular ol’ rolled oats might, so a slice of this feels more along the lines of comforting snack than health food. Not a raisin fan? Swap them for some chocolate chips. It’s an easy and versatile treat!