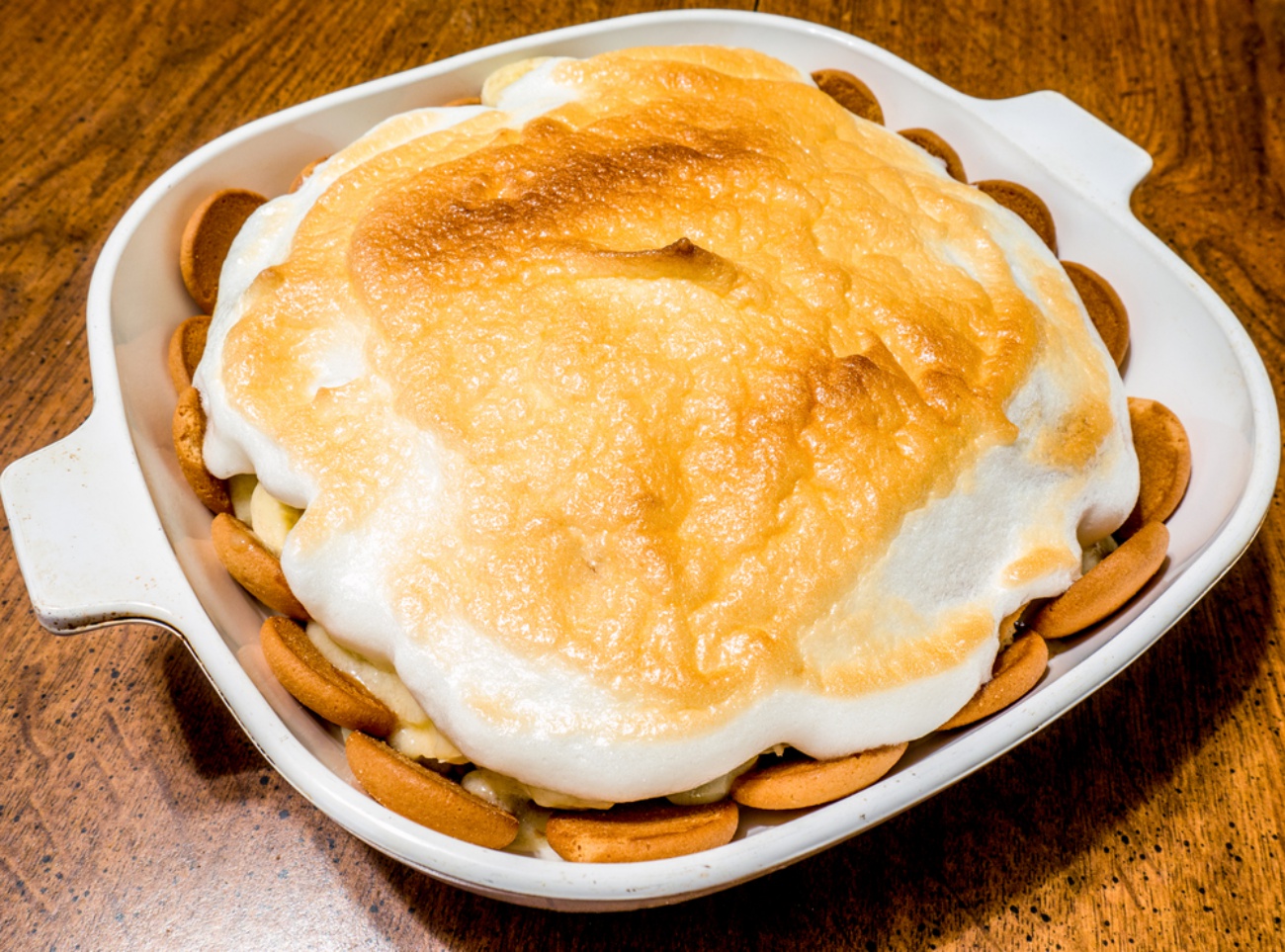 As much as we love a dish prepared from scratch, we also love a good short cut to help us enjoy a recipe much more quickly. Our 5 ingredient old-fashioned banana pudding is a great shortcut to delicious dessert in a pinch. A few store-bought ingredients help bring this dessert to life, but we can’t resist a little added flare at the end to make this taste even better.

At the grocery store, grab a package of vanilla wafer cookies and a couple instant jello pudding packets, then add to that a few at home ingredients (bananas and egg whites), and you’ve got pretty much everything you need. A little extra effort comes with whipping up the egg whites, but trust us, a little bit goes a long way. To finish up, set everything under the broiler for a few minutes to put a golden crust on top of the whipped egg whites. We love the toasty marshmallow flavor that broiling provides, and it makes a simple dessert look a little fancier. What’s not to love about a simple, comforting dessert that everyone will enjoy?!